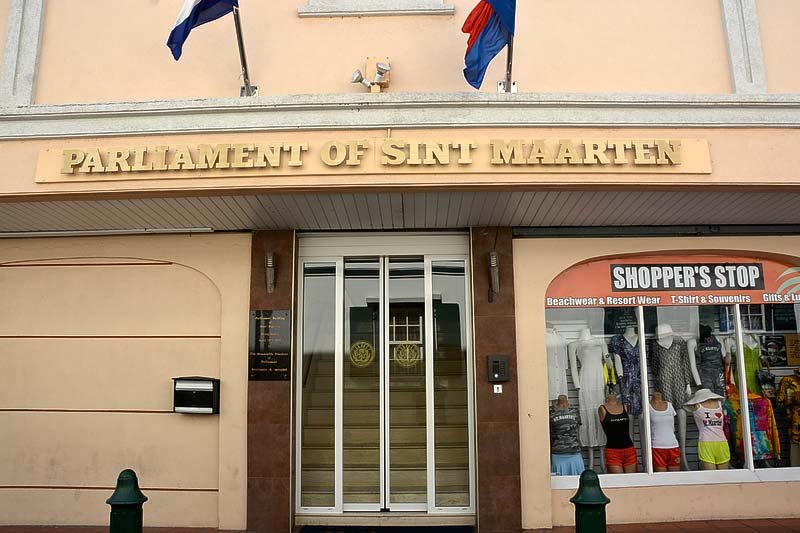 PHILIPSBURG–The lease on the Parliament House on Wilhelminastraat will very likely be renewed by Government. The current lease, costing taxpayers some US $96,000 per month, will expire in September.

Despite Parliament having an Ad Hoc Committee for the preparing and building of an actual Parliament House, not much has been done in the past years. Land still has to be identified for such a building along with financing for the project.

Parliament Chairwoman Sarah Wescot-Williams said on Friday: “Clearly, we are not going to have a new Parliament Building by the time the lease runs out and so we are going to have to negotiate a possible extension of the lease of this building.”

Parliament has been operating out of the former Caribbean Palm building at the corner Front Street and Wilhelminastraat since 2011. The building was formerly a department store and today legislators share it with a jewellery store and a gift shop.