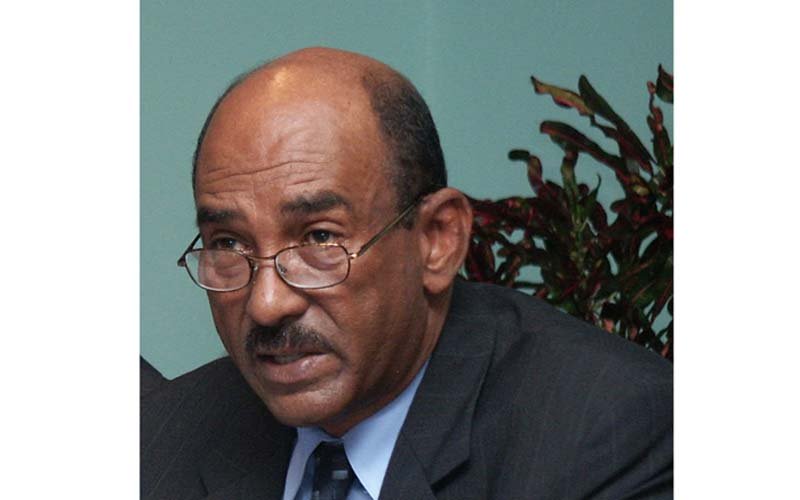 PHILIPSBURG–Five years on, Parliament has started the handling of the national ordinance to establish the 2012 Annual Accounts. Finance Minister Richard Gibson Sr. tabled the draft ordinance in the Central Committee of Parliament on Monday afternoon.

After some deliberation, the draft ordinance was sent on to a plenary session of Parliament for approval along with a final report of Monday’s discussion. That report will contain answer to questions and queries posed by Members of Parliament in Monday’s session.

The draft ordinance is expected to be on Parliament’s agenda for the week of February 20, said Parliament Chairwoman MP Sarah Wescot-Williams (Democratic Party). Among her request for information from the minister was the present of a plan of approach and the Finance Ministry’s legislative agenda for 2017.

Prior to the sending on of the draft ordinance, Gibson Sr. told MPs the handling of the annual accounts was a “formality” due to the time that has elapsed. His ministry is working on having the other backlogged annual accounts for 2013, 2014 and 2015 before Parliament this year. He hopes to end the year with only 2016 pending.

He described the 2012 annual accounts as “steeped in flaws and inaccuracies.” The accounts contain “unreliable figures,” he added.

Government is working on implementing the recommendations of the General Audit Chamber and the Committee for Financial Supervision CFT to get its financial house in better order, said Gibson Sr.

“The message from the Audit Chamber is: ‘we have to get our financial house in order,’” he noted, adding that the annual accounts are “a tool for decision-making and planning.” If that tool is not accurate, Government cannot execute its job well.

“This year we intend to take a serious step to improve our financial management,” the minister told Parliament.

National Alliance (NA) MP George Pantophlet said there must be better accountability and financial management by Government to improve the situation.

Fellow NA Parliamentarian Romeo Pantophlet said he was “appalled and frightened” about the country’s financial situation. He called for Parliament to work on legislation to impose sanction on ministers who go over budget.

United St. Maarten Party (US Party) MP Frans Richardson called for an overview of the progress Gibson Sr. has made since taking office to better the country’s financial situation.

MP Rodolphe Samuel (NA) wanted to know if the minister has followed through on the appointment of a financial controller in every minister’s cabinet.

US Party MP Chanel Brownbill said it was unfair for Gibson Sr. to be in Parliament defending the 2012 annual accounts. He suggested the finance minister who was in office that year be called to Parliament. He was told by Wescot-Williams this was not possible, because Parliament cannot call a citizen to answer questions and by law the responsibility based on continuity in government falls to the current finance minister.