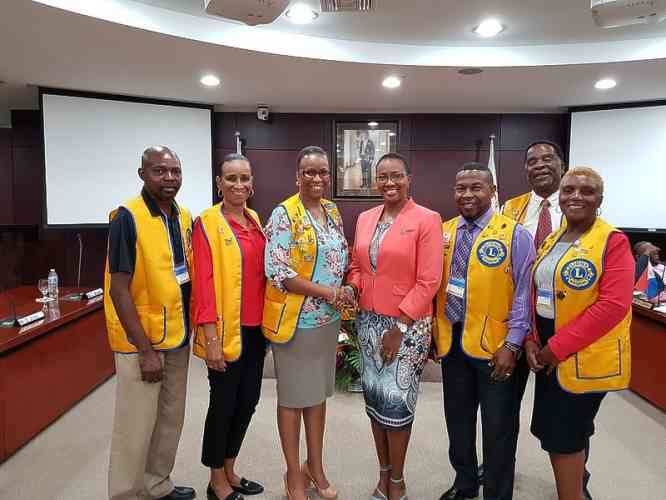 ~ Law in effect after signed by Governor, Johnson ~

PHILIPSBURG–Businesses in the country will no longer be allowed to sell or serve alcohol to minors below the age of 18, thanks to the unanimous passing of an amendment to the permit law to increase the legal drinking age in St. Maarten from 16 to 18.

A similar law already exists in French St. Martin. The amendment to the law was an initiative of National Alliance (NA) Member of Parliament Silveria Jacobs and is the second initiative law from an MP to be passed in Parliament since its existence.

The passing of the law now corrects a discrepancy that existed between the penal code and the corresponding legislation since 2015. While the penal code, which went into effect in 2015, prohibits the sale and serving of alcoholic beverages to persons under the age of 18, the corresponding legislation (Permit Ordinance Art. 50. Sub 2) to prohibit those who would sell or give alcohol to minor drinkers was not adjusted to reflect the increase in legal age to 18, and could therefore not be enforced in bars and restaurants, etc.

The law will only go into effect after it has been signed by Minister of Tourism, Economic Affairs, Transport and Telecommunications (TEATT) Stuart Johnson and Governor Eugene Holiday, who has to receive the law from government.

The amended law also provides for a maximum sentence of six months or a fine of NAf. 10,000 for persons who break the law. Jacobs told parliament this should serve as a deterrent to those thinking it is “cool” to serve or sell alcohol to minors.

In responding to statements made in an earlier session of parliament that extra police officers will be needed to realize the legislation is an idea that Jacobs does not share as she said a law already exists and had to be enforced. Raising the age does not necessarily mean more scrutiny unless there was no scrutiny before.

She told her fellow MPs it is not expected that there will be “extra work” to be carried out by police as a result of the law going into effect, since TEATT Inspectors are responsible for carrying out regular controls in bars and restaurants even while the law stood at under age 16. She stressed that the amendment of the law is supposed to serve as a deterrent to discourage those from selling and giving alcohol to underage youth.

“The penalties for someone who knowingly breaks the law and sells or gives alcoholic beverages to underage minors, who in turn due to drunkenness lose his or her life or causes the death of others, should be made even stiffer,” she stressed. Administrative sanctions such as fines, temporary closings, and retraction of the permit are already applied in cases where establishments break the law under which their permits were granted.

“As initiative taker, seeing the time it has taken to bring this legislation to parliament, it is most important to have the law in place to have the legal basis to execute the necessary penalties on perpetrators who knowingly put our youth in danger by allowing them to purchase alcoholic beverages in an attempt to make money.”

The cooperation of the minister and the Ministry of TEATT is required to put this law into practice and should be secured by the majority if not unanimously by Parliament, she said. “This amendment law is simply seeking to limit/curb the selling of alcoholic beverages to youth who are younger than 18 years old.”

Jacobs said research shows that drinking is more harmful to teens than adults because their brains are still developing throughout adolescence into young adulthood. Drinking during this critical growth period can lead to lifelong damage in brain function, particularly as it relates to memory, motor skills (ability to move) and coordination.

“The law is already in existence on the French side. It would behove both governments and communities North and South to collaborate on the awareness campaign and the enforcement of the law in an effort to preserve the most valuable period of our citizens’ young life, where mistakes made can cause suffering for the rest of their lives,” she stressed.

She said it was important for Parliament to support the law amendment unanimously and hold government responsible for signing it into law and its execution in collaboration with stakeholders. “Government must take all necessary steps to discourage the use of alcoholic beverages and other substances by underage youth by all ways and means possible. Indeed, a full-fledged comprehensive campaign including all stakeholders.”

The process to work on the law took several years and began back in April 2015 when Jacobs chaired a meeting of Parliament’s Education, Culture, Youth and Sports (ECYS) Committee, requested by the Lion’s Club of St. Maarten. During that meeting the Club made a presentation on its “Youth Alcohol Abuse Awareness campaign of 2014-2015” to bring its goals to the attention and awareness of the committee, Parliament and government in order to make the necessary changes.

The presentation highlighted the start of the Lions’ campaign to create awareness among the youth, the public and parents specifically, to get government to raise the legal drinking age from 16 to 18 and to enforce the law when alcohol is sold to minors, amongst other things.

The Club at the time presented an overview of their programme for the year and was instrumental through press conferences, school presentations, radio ads, letters to government, as well as collaboration with the Carnival committee to place warning posters to bring awareness to those who sell to minors in all booths during Carnival 2015. These are still visible today.

As Chairperson of the Education Committee of Parliament at the time, Jacobs took the initiative to meet further with the legal representatives of the Lions and got legal advice on changing the Permit Ordinance and the process was started.

With the assistance of attorney Reynold Groeneveldt, the draft initiative amendment to the permit ordinance was presented to Parliament on July 22, 2015, and forwarded to the Council of Advice, which rendered its advice on the initiative draft amendment and it was received by Parliament on November 4, 2015.

The initiative did not receive any further follow-up until 2016, where Jacobs picked it back up and handed in the “Nader rapport” to the Council of Advice, advice to Parliament on December 12, 2016. Most of the recommendations of the Council were taken along in the draft presented to Parliament on Thursday.

Upon her return to parliament in April 2018, Jacobs again picked up the adjusted initiative and presented it with the adjustments to “Memorie van Toelichting” to the Central Committee of Parliament on June 19, 2018. During this Central Committee meeting, MPs expressed their concerns, support and asked questions. She said the end report addresses the concerns of MPs which centred primarily on availability of statistics, enforcement of law, need for more manpower, and financial consequences.

Minister Johnson was also in parliament and he said he supported the law and made a brief presentation about alcohol and its effects.

Jacobs thanked the Lion’s Club for the initiative they showed in bringing the discrepancy to the attention of Parliament. She also thanked Lion Melinda Hoeve and Reynold Groeneveldt for their hard work, and the legal support provided during the past three years, and the Secretary Generals, and MPs for their support in the process. She looks forward to the next steps being taken by government to enact the amendment.