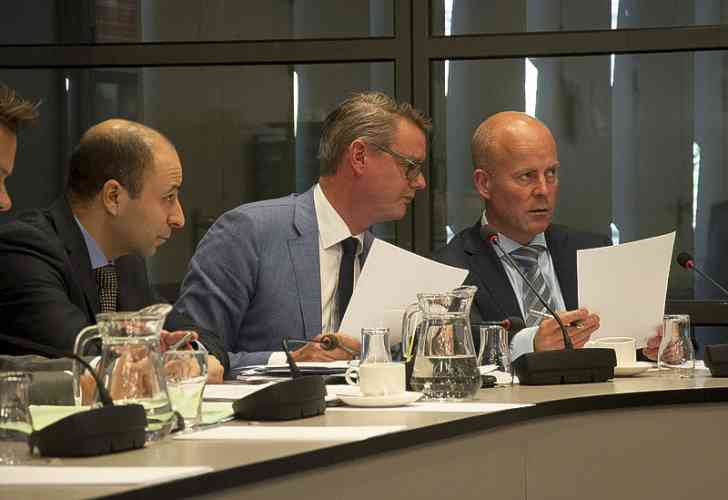 THE HAGUE–The Second Chamber of the Dutch Parliament has again made clear that it wants the financial supervision on the countries Aruba, Curaçao and St. Maarten and on the public entities Bonaire and St. Eustatius, executed by the Committee for Financial Supervision CFT, to be strict.

The Second Chamber had appointed Member of Parliament (MP) André Bosman of the liberal democratic VVD party to report on the 2017 annual account. Bosman focused on two aspects: financial supervision and law enforcement, which are both recurring issues in the discussions with and on the Dutch Caribbean.

In 2012 and 2013, things appeared to be going the right way where it concerned the government finances of the three countries and the three public entities. “We now have to conclude that there is a declining trend,” said Bosman, who noted that Saba was an exception as this island has been doing well in this area.

Aruba’s public finances and especially the national debt have derailed. The Hague, but also Aruba, is wondering whether the supervision by Aruba Committee for Financial Supervision CAFT has been strict enough to prevent things from getting out of hand under the former AVP government of Mike Eman.

The situation is different in Curaçao where the new government of Eugene Rhuggenaath is “clearing the financial mess that the government of Gerrit Schotte left behind,” said Bosman, who lauded the efforts of the current government to give the economy a boost. However, he did express concerns about the limited transparency of the government-owned companies and the dividend policy.

St. Maarten is in a precarious situation, financially and physically, after Hurricane Irma caused widespread devastation on September 6, 2017, but that is no reason for the budgets and annual accounts to be late, and it is also no excuse for not having the financial management in order, according to Bosman.

“The fact is that the budgets are just met financially, but the financial management and administration need to be in order. Budgets have deadlines and annual accounts must be submitted. It is understandable that there are financial shortfalls, but the documents need to be there,” said the MP.

State Secretary Knops concurred that St. Maarten was a special case. “The revenues have largely run dry due to lacking income from tourism after the hurricane. 2018 will be a very complicated year for St. Maarten. At the same time, I hope that the large deficits on the budget will be of a temporary nature with the assistance that we are providing directly and through the World Bank, so the economy can get moving again.”

He said the International Monetary Fund (IMF) had calculated that with the right investments St. Maarten would be able to bounce back relatively quickly and a further increase of the national debt would be avoided.

“It is better to invest at the front. That is to the benefit of everyone, especially the people on the islands, because ultimately it is about them,” said Knops. He said he was talking to CFT to see how to assist the governments with the financial reporting and to take notice of problems at an early stage.

The state secretary said that in comparison to the Netherlands, the national debt of Curaçao and St. Maarten was very acceptable. “But I do see big problems where it comes to budgeting, management and accountability.”

In St. Eustatius, where the Dutch government temporarily has taken over the local government, a lot of emphasis is placed on improving the financial management. “That doesn’t happen overnight, but you can achieve relatively positive things when you are there, and you do the right things,” said Knops.

About Saba he said, “Things are going well on Saba. It is the smallest island, but it is very able to deal with the challenges that it faces. Financial management is well in order.”
The state secretary shared Bosman’s concerns about Bonaire’s finances and financial management. The matter will certainly come up when Knops visits the island in the first week of July.

The state secretary implied that it was important to move forward together in the Kingdom and to find solutions together for the issues arising after the constitutional changes in 2010. “In the past months I have noticed that 10-10-10 and its heritage is far from perfect. You can do two things. You can pick at the things that were arranged at the time. It becomes like Mikado where the whole thing collapses when you try to get that one stick out. Or you look at ways to take concrete steps forward together.”

About the criticism where it concerns CFT’s functioning, Knops said the supervisor knew seven years later there had been little improvement. “That makes you wonder. Naturally, you can say, if we continue for another seven years, things will be okay. That is not my belief. I more believe in seeing how we can adapt things. That will have to take place within the existing framework.”

The state secretary said the island governments also have a responsibility in this. He said this was why he continuously reminded the local governments of the importance of good governance, solid public finances and financial management, and accountability.

The state secretary said he would prefer the government-owned companies become part of themes such as good governance and solid financial management, observing regular principles and giving public accountability for their policy and actions.

Knops said he would discuss this matter again when he met with CFT shortly to see, in cooperation with the island governments, how to arrive at more transparency and accountability at the government-owned companies.

MP Bosman said there has been insufficient transparency at the government-owned companies. “It can’t be that money is disappearing without our knowledge,” he said, giving the causeway project and the St. Maarten harbour as examples.

The state secretary pledged to provide the Second Chamber with information about the status of government-owned companies in the financial supervision structure before Budget Day in September this year.