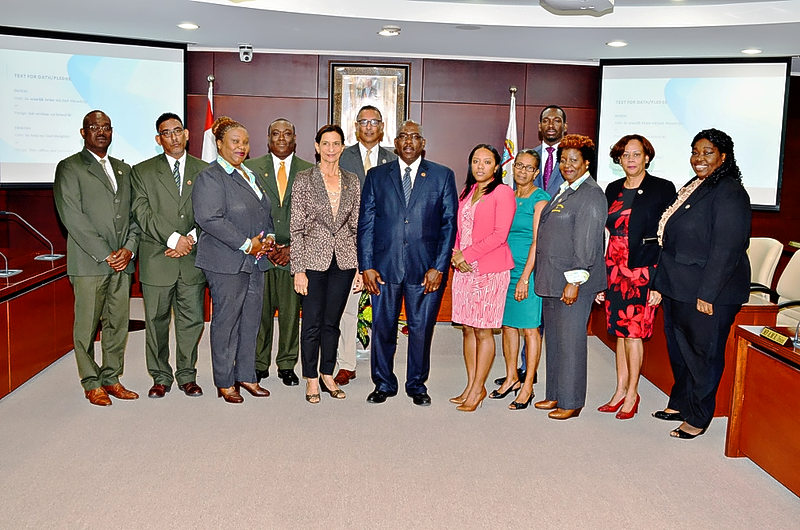 PHILIPSBURG–Civil servants attached to the Secretariat of Parliament took an oath of office before Parliament Chairwoman Member of Parliament (MP) Sarah Wescot-Williams on Friday.

Parliament has only been in existence for almost seven years and over that time the Secretariat has grown. Some four persons started out in the Secretariat and they have now seen their ranks swell to a dozen staff members.

Some staff members were civil servants with Government and had taken the oath in the past. However, the Civil Servants Regulations LMA in Article 43 required them to take the oath again in their function with Parliament.

The oath emphasizes that the position of civil servant with the Secretariat is one of honour and integrity and serves as constant guidance for civil servants in their function.

The legal status of the civil servants with the Secretariat is similar to that of those with Government. The only difference is that instead of the Governor, the Presidium of Parliament is the competent authority. The Presidium has the authority to appoint, suspend or dismiss civil servants from the secretariat.