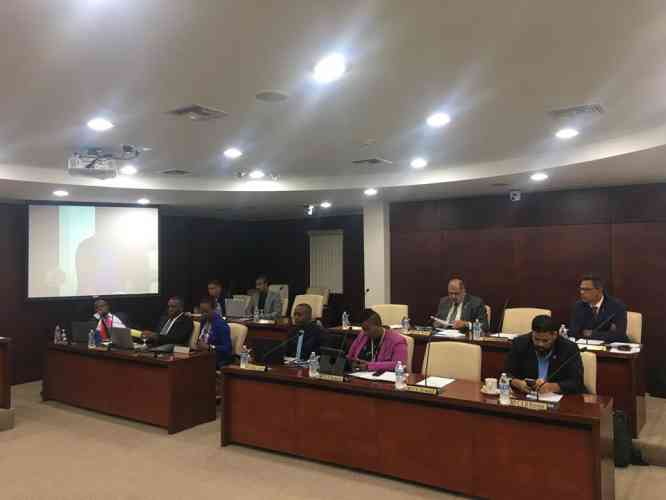 PHILIPSBURG–Members of St. Maarten’s Parliament indicated to Minister of Justice Cornelius de Weever on Monday that St. Maarten should not foot the bill in the “Corallo versus the Netherlands” case.

The case was filed against the Netherlands, not St. Maarten, were the sentiments expressed by several Members of Parliament (MPs) during the two-hour debate in a meeting on the repercussions of the verdict by the European Court of Human Rights in the Corallo case for the country St. Maarten and St. Maarten’s Ministry of Justice.

Dutch State Secretary of Kingdom Affairs Raymond Knops recently said the Dutch government is still studying the ruling. “But the fine will be passed on to the right party, which is St. Maarten,” he said.

Knops made his comments during a debate by the Second Chamber of the Dutch Parliament about the budget and policy for 2019.

The European Court of Human Rights in Strasbourg, France, has condemned the “inhumane” detention of businessman Francesco Corallo, who was held at the police station in Philipsburg for eight months. The Court awarded Corallo 5,000 euros in immaterial damages and 5,500 euros for costs and expenses incurred before the Court.

De Weever presented the verdict to MPs and said the ministry had recently hired a human rights lawyer to strengthen it.

MP Christophe Emmanuel said he did not see why they are discussing this in parliament, as the judgement clearly states “Corallo vs the Netherlands.” He said St. Maarten should not foot the bill no matter what any politician says in Holland.

MP Theodore Heyliger wanted to know from the justice minister why there were no repercussions against the Prosecutor’s Office for causing the fine in the first place. “Why hasn’t an investigation started against them? If they [Prosecutor’s Office – Ed.] do anything wrong, they are given a slap on the wrist, but St. Maarten people have to be put through the wringer,” said Heyliger.

MP Egbert Jurendy Doran said, “I would like to make it clear that even though this has been a very unfortunate case, we are all aware that this is not an isolated case, but this is something that has been discussed on many occasions over the years.

“On various occasions, we have seen suspects released by the Judges due to the fact that their stay at the police cells exceeded the days as stipulated by law. What we now see has led to someone taking a stand for what they believe to be very inhumane circumstances under which they were detained in St. Maarten.

De Weever said getting answers for the members will take several days.

The meeting was adjourned until further notice by the chairperson of Parliament.