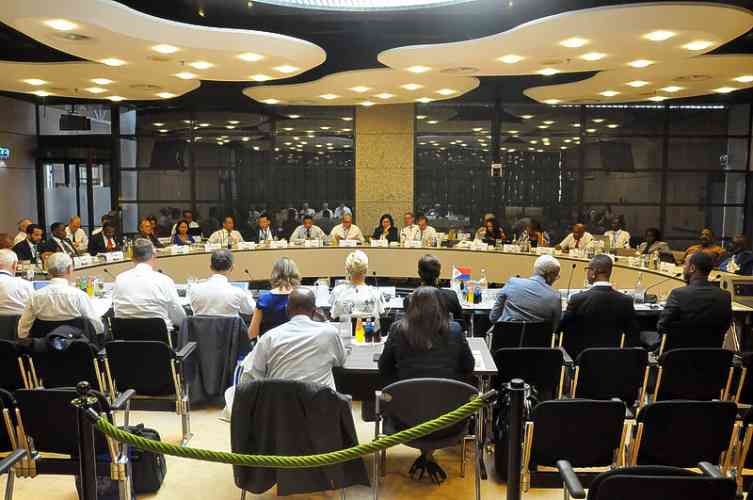 THE HAGUE–Dutch State Secretary of Home Affairs and Kingdom Relations Raymond Knops welcomed the initiative of the four Parliaments of the Kingdom for more cooperation to tackle the urgent waste-management issue in the different Dutch Caribbean countries. He also welcomed the decision to formalise the presence of observers at the elections.

“I am content to read that the delegations in principle are positive about structural observation of elections if it is by invitation of the country where these take place. Just like you, I strive to secure fair elections and a solid election process,” stated Knops in a letter he recently sent to the Second Chamber of the Dutch Parliament in response to the agreement list of the last Inter-Parliamentary Consultation of the Kingdom IPKO.

The Parliaments of the Netherlands, Aruba, Curaçao and St. Maarten agreed to closer cooperation in several areas, including waste management and observers’ missions at elections, during the IPKO, which took place in The Hague from May 29 to June 3.

The IPKO delegations visited the waste-management facility of AVR Rijnmond near Rotterdam and it was agreed to request that their governments look into the possibility of a joint procurement procedure to set up waste-incinerator installations for multiple islands. Knops lauded this initiative of the Parliaments.

“Waste is a real and big problem I have come to notice especially during my trips to the Windward Islands after Hurricanes Irma and Maria. A sustainable and structural facility for waste management in St. Maarten is one of the priorities in the reconstruction,” stated Knops.

He said the St. Maarten government was planning to organise a meeting on the topic of cooperation in the area of waste management. During this meeting, St. Maarten wants to assess the possibility of regional cooperation to arrive at a sustainable manner of dealing with solid waste in St. Maarten and the issue of the dump which is full beyond capacity.