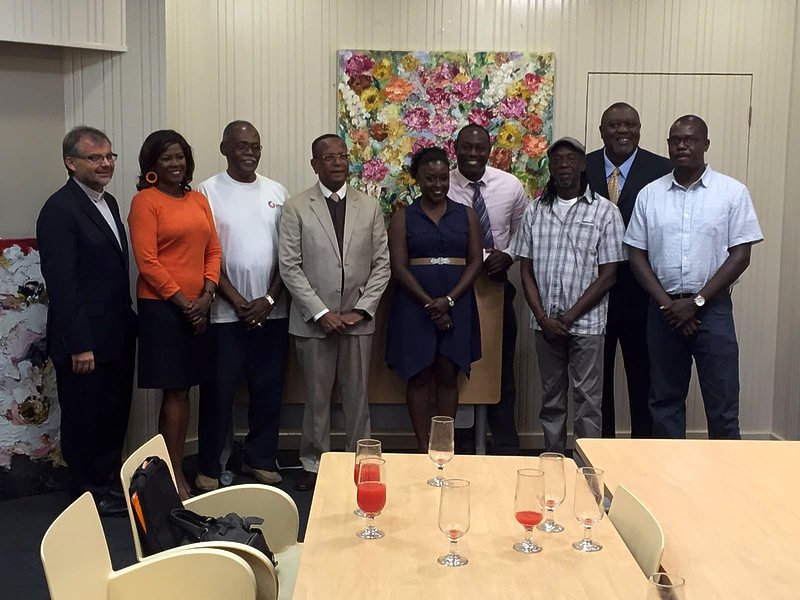 Helping Our People Excel (HOPE) was not present for the signing in Holland House on Tuesday as it was still seeking endorsement of its list of three candidates at the time of the signing. The party is expected to sign the code in the coming days.

The signing of the code is nothing new. The Christian community has held similar signings with parties ahead of past elections.

The church groups are of the opinion that “undesirable aspects have marred election campaigns and have belittled the name of St. Maarten” in the past.

The code calls for all parties to “conduct a clean and fair campaign” and calls on candidates to “endeavour to be role models for the community in terms of moral rectitude.”

Respect must always be shown for the other person’s point of view, cites the code.

Candidates are urged to deal constructively with the issues of great concern for St. Maarten at the present time and make political statements about them.

Those who are elected must hold themselves accountable during their term of office, states the code.

The churches urged the community to elect persons who will represent the people of St. Maarten with high integrity and moral standards. “We appeal to everyone to exhibit high moral standards at all times, but especially to exhibit decent behaviour and language not only when attending political meetings, but also to refrain from engagement in vote-buying practices” they said.