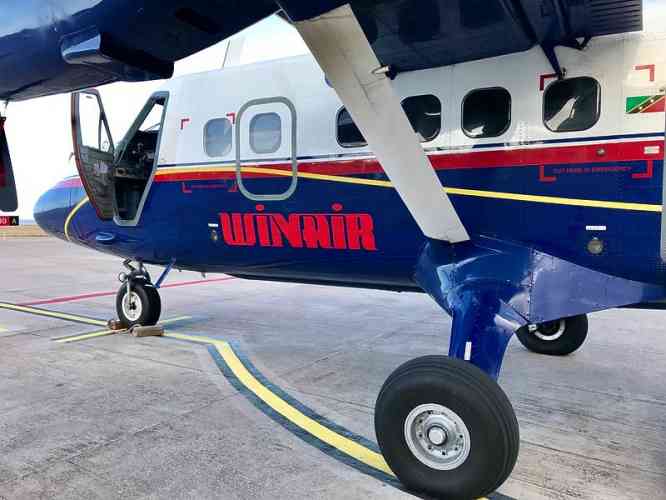 THE HAGUE–“Why are the air travel prices between St. Maarten and Saba so exorbitantly high?” asked Member of the Second Chamber of the Dutch Parliament Jan Paternotte of the Democratic Party D66 to Minister of Infrastructure and Water Management Cora van Nieuwenhuizen, on Thursday.

Paternotte used the opportunity to ask the minister about high air fares to and from Saba during a general debate with the Second Chamber’s Permanent Committee for Infrastructure and Water Management.

Juancho Yrausquin Airport is of vital importance to the island, Paternotte pointed out. People depend on this, because making use of the alternative, one of the ferry services, is not for everyone due to seasickness.

Paternotte said a return ticket to St. Maarten from Saba on Windward Islands Airways International Winair can cost up to US $200, almost as much as a return ticket to the United States from St. Maarten. “Winair is a government-owned company where management earns high salaries. How is it possible that the ticket prices are so exorbitantly high? What is the minister going to do about this?”

“In that study, attention is given to the tariffs, the frequency and the guaranteed providing of service,” she said. She announced that a meeting on connectivity was being planned with aviation experts and authorities of the Dutch Caribbean countries and the public entities Bonaire, St. Eustatius and Saba.

Where it concerned sea connections between Saba and St. Maarten, the minister said that, on the initiative of the public entity Saba, a new ferry service, the Big B, has started as a pilot project for three months. She said she would visit Saba on May 6 to be personally informed about the issues that are important for the island.

Saba Commissioner Bruce Zagers, currently in the Netherlands, updated several members of the First and Second Chambers about the developments and concerns in Saba. One of these issues is that of connectivity.

Zagers informed the Members of Parliament that the SEO’s connectivity report did not present clear-cut solutions to reduce the price of air travel. “Cheaper transportation by air and sea allows for more economic development and more affordable imports, which ultimately creates employment opportunities and brings down the cost of living,” he stated.