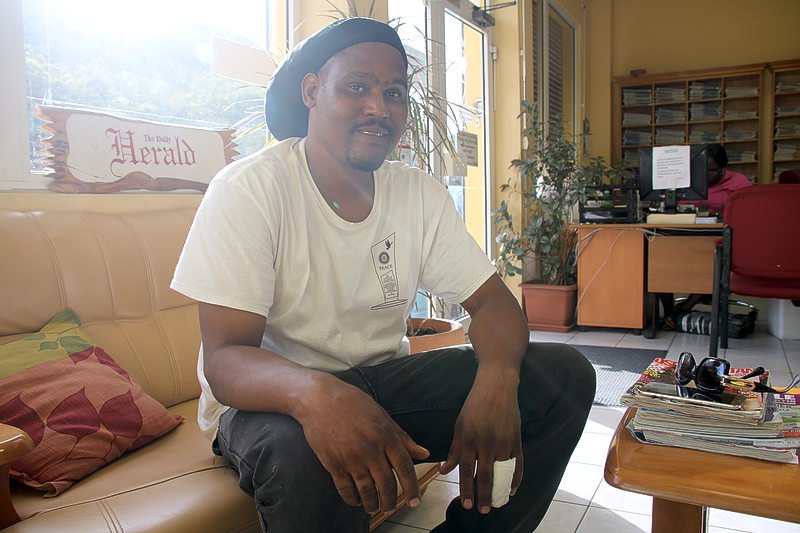 PHILIPSBURG–Politician Patrick Salmon decided to clear the air on Tuesday and speak about the brawl he had with a gypsy driver on Monday afternoon.

Salmon, who ran on the list of United People’s (UP) party during the September 26 Parliamentary election, had a fist fight with a man and was arrested on the spot for the incident, while the man was transported to St. Maarten Medical Center (SMMC) for treatment.

“I have been a taxi driver for a while now. This problem stemmed from gypsy drivers standing outside the Port of St. Maarten trying to get tourists to use their services. I called police many times for them and when the police arrive they ask to see the paperwork from all persons in front of the Port. When they notice that some cannot provide their taxi permit they get chased from the location by the police,” Salmon said.

“On Friday, police came and did a routine check again, I did not call them. This particular gypsy driver, who is a Dominican Republic national, always wants to start trouble with me, but I avoid him because I am a politician and I do not want to lose my taxi licence. So I behave and avoid this guy.”

On Monday afternoon Salmon came out of his home on A.Th. Illidge Road and walked towards his car. He sat down and looked at his cable bill and all of a sudden felt a slap from the gypsy driver with whom he was having a problem.

“You want to call police for us. I am going to show you what happens when you call police. I will slap you in front of your house,” the driver told Salmon, according to his statement to police.

Salmon grabbed the gypsy driver’s hand and attempted to break it, he said during a sit-down interview with The Daily Herald on Tuesday. “I am a hardworking man and you come to my house to slap me up and I should just sit there and take it. I wanted to break his hand and teach him a lesson. You can’t come here from wherever and decide to come do what you want,” Salmon said.

“We ended up fighting and neighbours had to come and separate us. I blacked out, but was told that I was choking him. Police arrived and arrested me and brought him to the hospital. When I got to the police station I explained what took place and was asked if I would like to press charges against this gypsy driver.

“I told them that I would have to talk to my lawyer first before I decide. I will be pressing charges against this man, because for way too long I have been trying to avoid getting into problems, but he seemed determined to fight me. All I did was defended myself.”

Salmon received a massive bite to his finger during the brawl and claimed that the gypsy driver had tried to bite it off. He wants the man to face justice for his actions and hopes to get a restraining order against him.