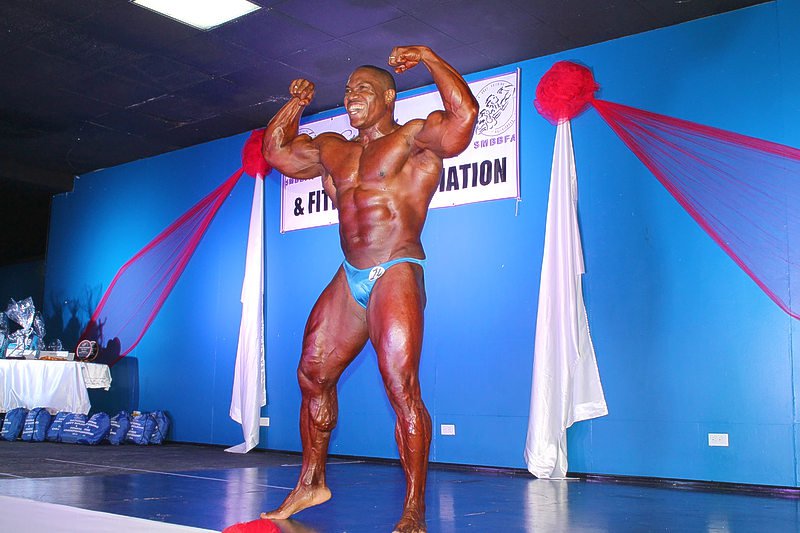 SIMPSON BAY—Heavyweight bodybuilder Desmond Patterson has indicated he will no longer compete at home events in St. Maarten.

That was the surprise announcement at the close of the St. Maarten Bodybuilding and Fitness (SMBBFA) Association national championships held in the Tropicana Ballroom Saturday night. 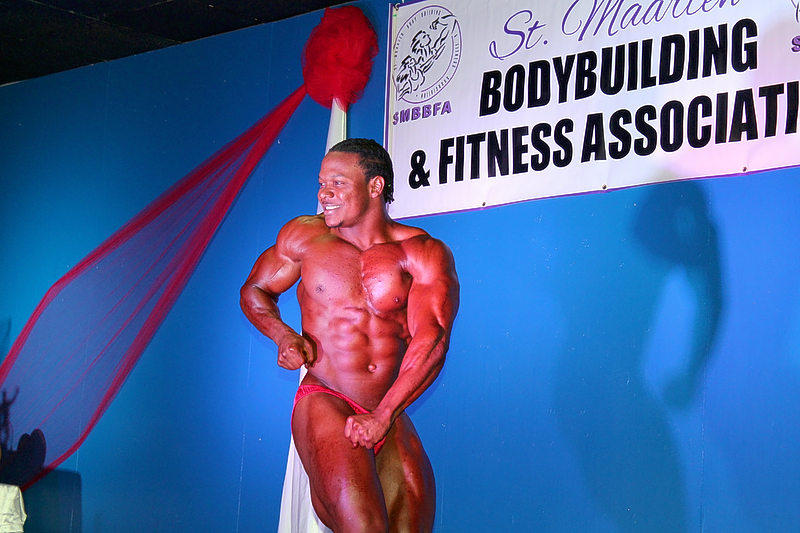 Initially there was shock from the audience at the prospect of retirement but he clarified he was going all out to obtain his Pro Card at the Central American and Caribbean (CAC) championships in Santo Domingo at the end of the month.

“If you want to fly like an eagle you’ve got go where the eagles soar,” he said. “I don’t think I have anything left to prove here but I want to remain an inspiration to the young athletes and will continue to encourage them. 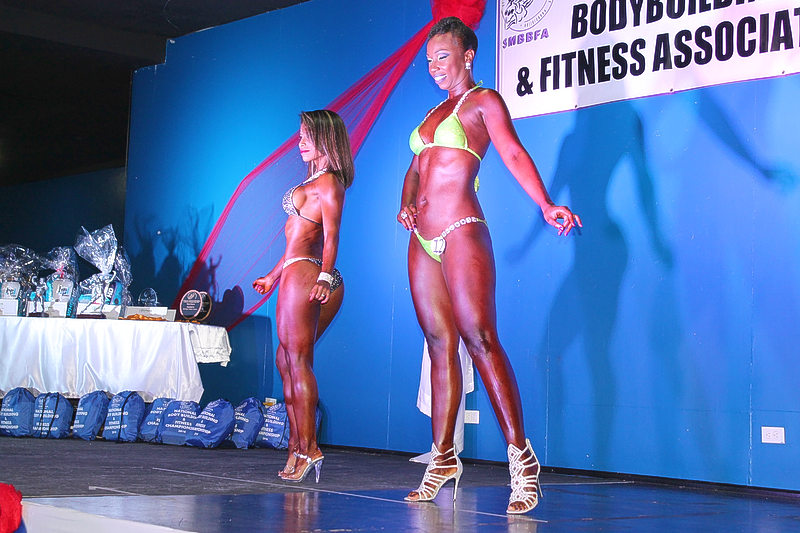 “In the mean time I want to thank everyone who has supported me from when I started bodybuilding in 1997. I want to thank my wife and two children. Bodybuilding takes such a lot of sacrifice that if you’re married you are pulling them along with you. I also want to thank all my sponsors and the Country Club gym where I train, and of course the SMBBFA.”

Although he’s not retiring, his appearance Saturday night might be taken as a swansong. It was appropriate that he won the Heavyweight category from second placed Elias Jones prior to his announcement.

Patterson’s awesome rock-hard physique drew gasps as usual and he gave an extra-long routine, delighting the audience with some dance moves and moon walking, showing surprising lightness on his feet.

In other results, Men’s Lightweight bodybuilding was won by Nick Boyd with Weetney Dampa in second place. 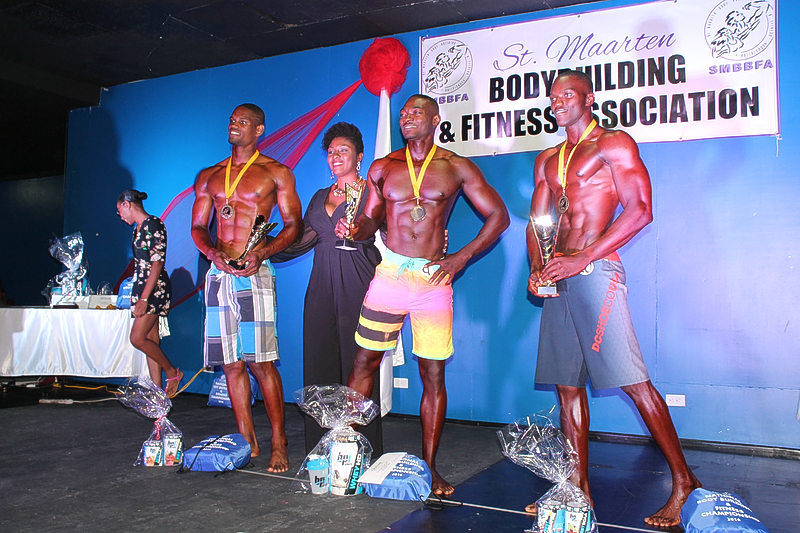 A highlight of the evening was a routine by guest poser and four-time Mr. Anguilla, Geshawne Clarke, who took his poses on a walk-about through the audience.

Emcees Magueda Jackson and Daniel Richardson kept the audience entertained. In between judging segments, the athletes modelled gym and leisure wear from sponsors Sport Tech in Bellevue and Sports Gallery on Back Street, Philipsburg.