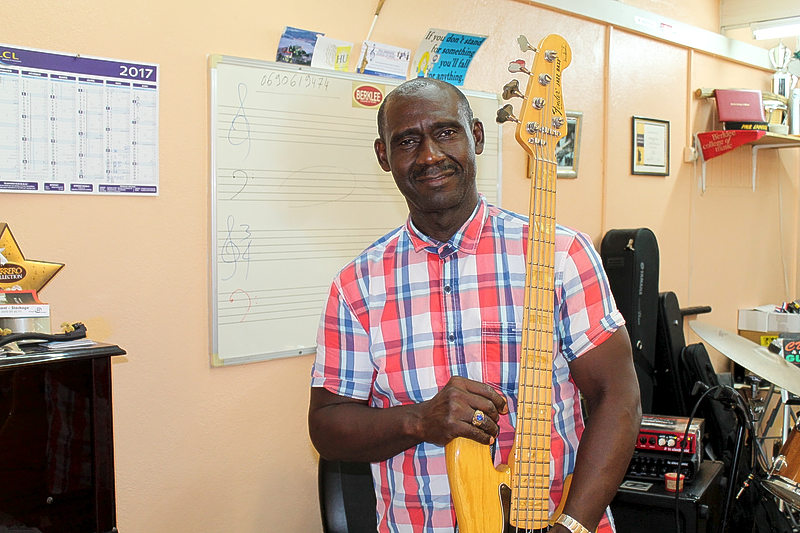 MARIGOT–The Paul Emmanuel School of Music will be holding its annual end-of-the-year concert this coming Sunday, June 11, 2017, for the public in the Sandy Ground Cultural Center at 2:00pm.

The concert showcases the achievements of music school students throughout the year. There will be solo performances on chosen instruments as well as ensemble pieces with teacher Paul Emmanuel himself accompanying students on bass guitar. About 70 children, including some adults, will be participating in the concert.

Students will be playing various instruments including a new addition; a girl playing Bob Marley songs on violin and an eight-year-old boy on drums described by Emmanuel as “very impressive.” Another student plays songs on a Ukelele.

Children from six years to 12 will be playing classical pieces on piano and guitar and violin and those from 12 to 15 will form ensembles playing Gospel, R&B, Reggae, Zouk, Calypso, and Pop numbers.

This year there will be a tribute to Stevie Wonder, featuring his hits such as Master Blaster and Higher Ground, and also material by Santana.

“There’s been a lot of improvement with the students so we are looking forward to a great concert,” said Emmanuel. “Along with our supporters we encourage new people to see what we are doing and parents to come out with their children and be inspired by the performances. Hopefully it will lead to children wanting to learn to play a musical instrument.”

He said he hoped invited elected officials will also attend the concert to witness these talented children and see how they and the school have progressed.

“I would love it if an elected official could give a motivational speech for the students,” he added.

Entrance fee for the concert is US$5 or 5 euros and free for children under 12.