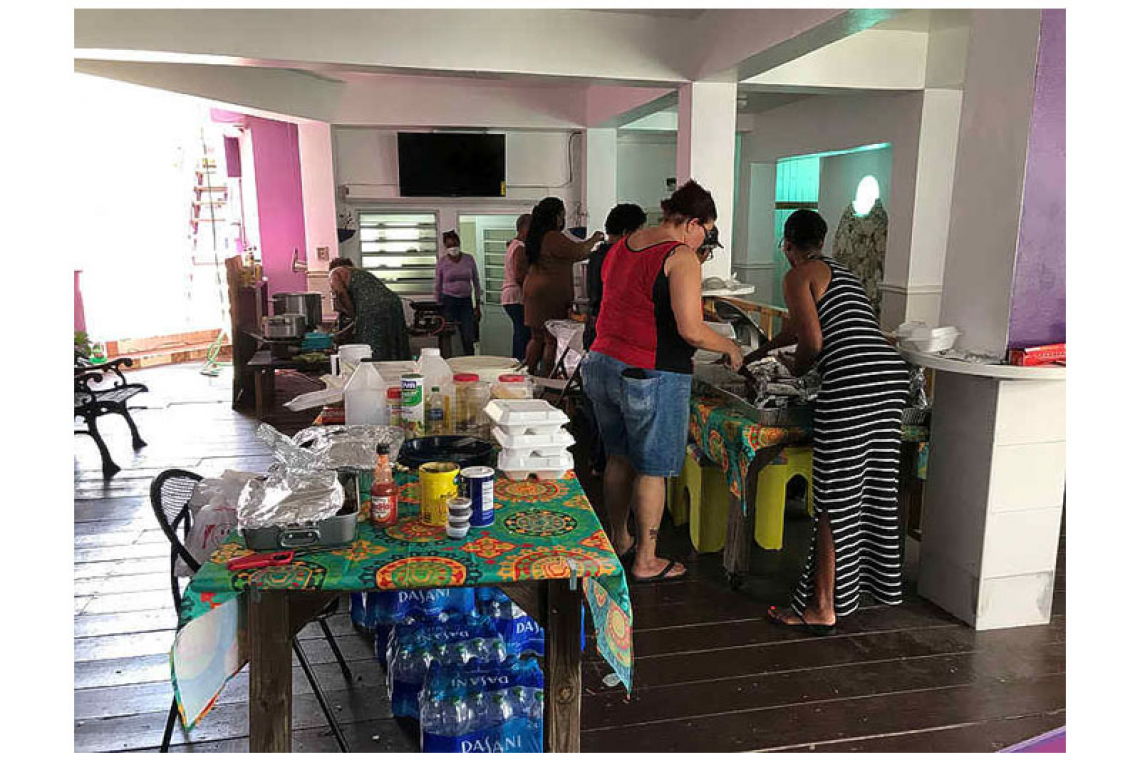 SOUTH REWARD–It has been a year since South Reward resident Paula Busby organised the last cook-off event at her home in June 2020, and a little longer since she received the calling from the Almighty to feed the needy and vulnerable.

Paula and her group of “angels” fired up the stoves last Saturday, July 17, and took out the pots and pans to repeat the event from 8:30am to 3:00pm. About 400 free meals were distributed last year at the height of the COVID-19 pandemic and this year the stakes were even higher: to cook around 800 meals. This meant moving the kitchen production from upstairs in the house to the larger area downstairs, for practical purposes.

As was the case last year, success of the operation lay in months of advance preparation and many helpers. Cases of chicken were cleaned and seasoned in advance and refrigerators and freezers were worked overtime. Stacks of pre-labelled take-away containers were pre-filled with rice and peas, plantain and salad waiting for the addition of fish and fungi or BBQ chicken. Soup was also added this year.

“It was a good strategic decision to have the kitchen and BBQ grill downstairs to centralise everything and we were also able to make use of an office next door for storage, with a restroom as well,” explained Paula’s son Damien Richardson. “The cooks were up since 4:30am getting ready.”

The plan was to cook for 600, but Paula had her own list of 200 additional people that she wanted to receive meals. K1 Britannia and the Salvation Army were also contacted to know if their people needed meals.

“Feeding people has always been my mother’s passion and, who knows? Next year she could be pushing the envelope, catering to 1,000 people. She’s so comfortable with it that it becomes second nature for her. This is what she has been doing all her life,” Richardson said.

“We want to show our sincere appreciation to the sponsors and to all those ladies and guys who volunteered their time, sometimes in shifts, to prepare, cook and serve all the meals, clean up afterwards, during the days before and on the day itself,” said Richardson. “We couldn’t have done it without you. It went so smoothly.”

Meals that were left over at the end of the day, and soups were distributed in the community so nothing was wasted.