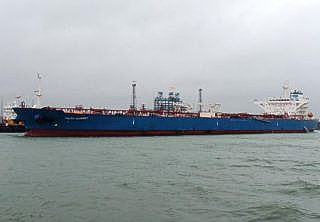 PHILIPSBURG–Legal representatives of Venezuelan state oil company PDVSA and ten shipping companies in Liberia squared off in an injunction in the Court of First Instance in St. Maarten. Under dispute is an oil tanker which is anchored off the coast of St. Eustatius and the oil in its cargo holds.

Eleven clients of law office VanEps Kunneman VanDoorne have a claim on PDVSA. The oil company is seriously cash strapped. As a result more than four million barrels of Venezuelan crude and fuels are sitting in tankers anchored in the Caribbean Sea unable to reach their destination because state-run PDVSA cannot pay for hull cleaning, inspections, and other port services, according to internal documents and Reuters data.

Dirty tankers are the latest of a litany of problems weighing on PDVSA, the source of most of Venezuela’s export revenue and critical to the Government’s budget.

Oil production and exports are currently at lows not seen in more than two decades. PDVSA’s difficulty with paying creditors and service providers makes pulling itself out of that hole more onerous.

PDVSA’s crude exports fell to 1.59 million barrels per day in the last quarter of 2016 from 1.82 million barrels in the first quarter, a 13 per cent decline, according to Thomson Reuters trade flows data.

As of January 25, vessels carrying some 1.4 million barrels of crude, diesel, gasoline, fuel oil and liquefied petroleum gas were anchored in Venezuelan and Caribbean waters waiting for cleaning, according to PDVSA’s trade documents, verified by Reuters shipping data.

In addition to a dozen or so tankers that have not been cleaned, another 11 tankers are being held up for “financial retention,” a classification used by PDVSA in its internal reports to identify loaded vessels that have been embargoed or temporarily retained by port authorities, inspection firms or maritime agencies due to unpaid bills.

The Liberian shipping and navigation companies, the main one being Sigma Navigation Corporation, are among those having a claim on PDVSA. The claim is subject of another litigation before a Court in the United Kingdom, in which Judges have not provided a ruling as yet.

In the meantime, the Liberian companies, represented in Court by attorneys Roderik van Hees, Carlos Winkel and Stan van Liere placed a lien on the tanker which is anchored near Statia and its cargo in order to secure payment.

PDVSA, represented in the injunction by attorney-at-law Hendrich Seferina of HBN Law, requested permission to store the oil in storage tanks at NuStar Statia Terminals.

“We do not want that. We want the oil to be sold and the yield to be transferred to an escrow account at a bank of repute while awaiting a decision by the British Court,” Van Hees explained.

According to the creditors, not selling the oil would only make PDVSA’s problems bigger. According to them, the oil company has no other option but to sell the oil as the value of the cargo is decreasing every day. Even now the cargo’s value is no longer covering the scope of the claim.

“And every month PDVSA owes rent of more than US $900,000. This problem will not be resolved with storing the cargo,” Van Hees explained to the Judge.

Granting PDVSA the right to pump the oil in the storage tanks would mean that PDVSA would be getting the oil in their hands again, which the shipping companies wanted to prevent by retention. “This does not concern imaginary risks. It is generally known that PDVSA is in dire straits. It cannot pay its creditors any longer and the oil production is stalling,” Van Hees said.

“If the cargo will be made available to PDVSA, it will be able to pump the oil out and bring it outside Statia. I am not saying that PDVSA wants to do this, but a cat in a corner, -and PDVSA is just that- makes strange jumps. And if the cargo is brought outside Statia’s territorial waters the creditors have no use of their Statian lien anymore,” he said.

Based on its own retention right NuStar is currently holding on to one million barrels of PDVSA oil. According to Forbes, PDVSA is “on the cusp of default. PDVSA is producing less oil than it has in years, has a weak cash position, and has a lot of debts due that it cannot pay on its own. Default is probable this year.” The Court of First Instance will give its decision no later than March 24.