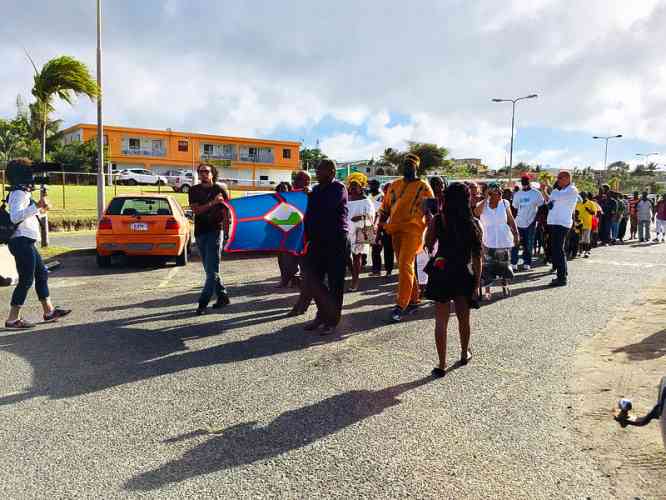 A silent march led by Commissioner Derrick Simmons Jr. and resident Euson was held Wednesday on St. Eustatius, prior to the town hall meeting with Dutch State Secretary for Interior Affairs and Kingdom Relations Raymond Knops and newly appointed Statia Commissioner Marcelino “Mike” Franco about the takeover of the island’s administration by the Dutch Government.

A sizable crowd under the watchful eyes of police gathered to express their feelings about this latest political move. Government leaders had urged protestors to be calm and not resort to violence. At one point protestors sang “The Golden Rock” – Statia’s song. The march started at F. D. Roosevelt Airport and ended at the Lions Den, the venue for the town hall session where protestors calmly took up seats to hear from Knops and others. (Esther Henry photo)