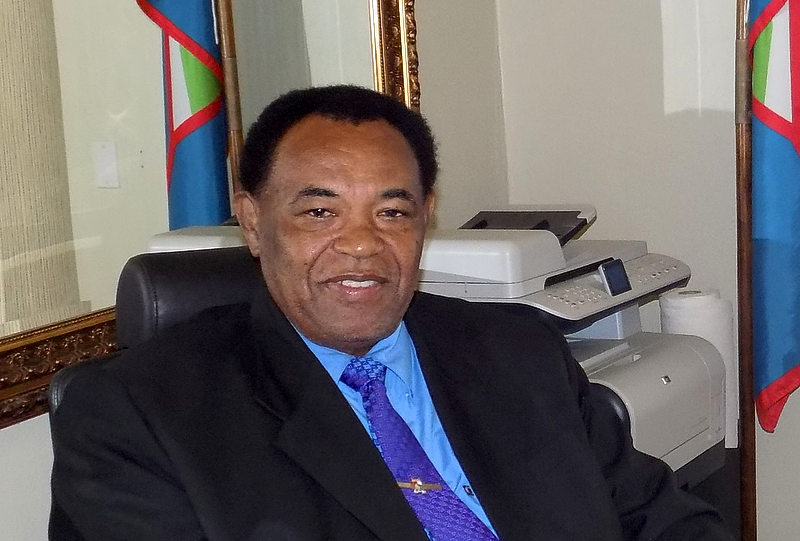 ST. EUSTATIUS–Executive Council of Public Entity St. Eustatius sent a letter to Secretary-General Richard Van Zwol, who is due to visit the island on March 3. The first meeting between the Executive Council and Island Council and Secretary-General Van Zwol resulted in issues that prompted the island to send a letter to the Ministry concerning the difficulties that developed because of the meeting.

Referring to the letter from Secretary-General Van Zwol, dated February 27, the Executive Council notified Van Zwol that his recent visit to the island was not taken well by the Island Government, for the known reasons. Therefore they said that they were “delighted that their message reached the Ministry and the Secretary-General is prepared, partly because of their letter to him dated January 14, on behalf of you in short term, and in a more appropriate way, to have further consultations with the Island Government.”

The Council said that if this is a first step towards the broad and transparent dialogue with various stakeholders, as proposed by their Board in the said letter, and our Council will have the opportunity during the consultation to speak out our vision, as in the Van Zwol received calendar proposal as indicated, we will gladly speak to him and his delegation on March 3 this year.

In addition, they propose the following, and they made the following reservations: the consultations will be held at 9:30am in the Executive Office of the Van Tonningenweg place, with a proposed minimum of two hours allocated for the deliberations.

During the consultation, a tentative date will be set for the general (continued) consultations with the other parties concerned, as proposed in the letter of February 14. And a timetable for completing the dialogue and reaching agreement on all pending issues.

J. Thunnissen will still only participate in the deliberations in her capacity as an advisory member of Secretary-General’s delegation.

They confirmed the assumption that acting Governor J. Woodley, as Chairman of the Executive Council (obviously) will participate in the deliberations.

They finished off by stating that they trusted that Van Zwol will have advantages, and will vote with points above understanding, and they look forward to constructive and positive discussions with Van Zwol and his delegation which will lead to a sustainable improved working relationship between him and his Ministry and the board of St. Eustatius in the interest of the people of the island.

He said that it has not escaped his attention that his arrival – at the request of the Minister of the Interior on February 16 and 17 and its consequences have caused turmoil within the council. He said that that was not his intention, and he hopes that they understood this.

It seems, he said, that it was good to once again enter into dialogue with each other about what they as Island Council, the Executive Council and those engaged in the Netherlands, think is relevant.