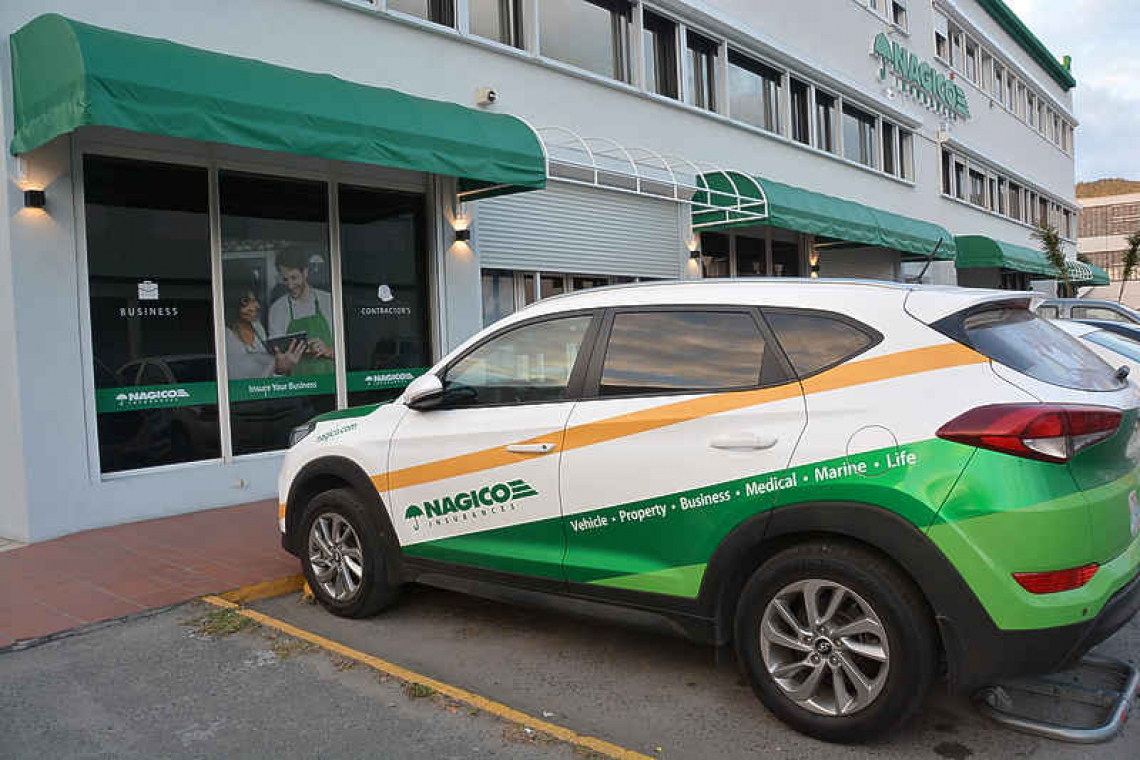 The NAGICO building in town.

PHILIPSBURG–NAGICO Insurances announced on Tuesday that definitive agreement has been reached and Peak Reinsurance Company Limited (Peak Re) is set to become its 100-per-cent owner, subject to regulatory approvals being received, and other customary closing conditions being satisfied.

This was announced in a press statement from NAGIO Insurances on Tuesday.

According to the statement, since the initial investment by Peak Re in August 2016, NAGICO Insurances pursued growth opportunities and has expanded its life operations and footprint into the Eastern Caribbean region, and on the general insurance side it has continued to prove itself as a strong, reliable and trusted group having paid nearly USD $1 billion in claims following three category-five hurricanes: Irma, Maria and Dorian, which devastated the region.

The Management and Board of NAGICO Insurances are excited by the development. “The outlook for NAGICO Insurances is positive,” said Kyria Ali, Interim chief executive officer (CEO) and Chief Strategy and Development Officer. “This transaction, when concluded, will result in the group being a wholly-owned subsidiary of an A.M. Best A- and Moody’s A3 rated global reinsures with approximately $1.5 billion in equity, thereby further strengthening our profile and broadening our reach. In addition, our mutual desire to harness the power of technology, and deliver exceptional service augurs well for our clients in the near-term”

Both NAGICO Insurances and Peak Re will focus now on ensuring that all the necessary requirements for regulatory approval and closing conditions are met.