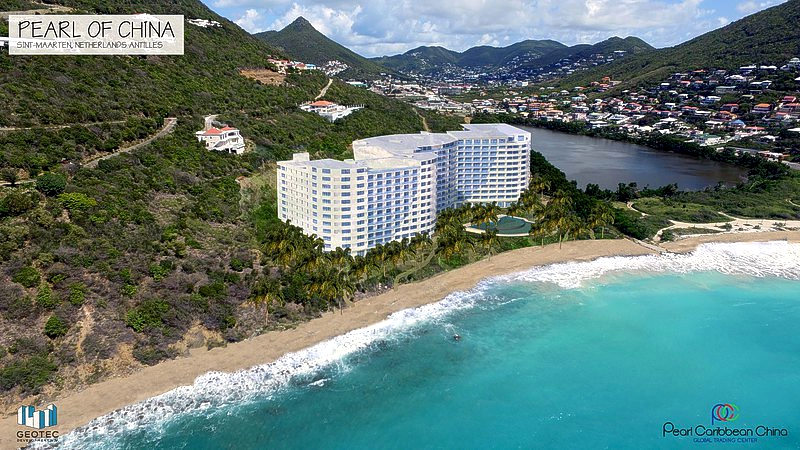 POND ISLAND–Negotiations are underway between the developers of the planned massive Pearl of China project for the Belair beachfront and the original seller of the land to come to an agreement about the height of the planned hotel, conference centre and showroom.

The deed for the land contains restrictions on the height of buildings to be constructed on the land. This snag has now caused a setback in what was described by Finance Minister Richard Gibson Sr. as a multi-million dollar “jackpot” project for the country.

The developer is “enthusiastic” about the project, but has “met some delays” related to the original purchase of the land. It was “discovered” that there were restrictions on what can be built on the land. The design for the project “exceeds” the restrictions stated in the deed.

Gibson Sr., who recently returned from Beijing, China where he met with the developer, told the media on Wednesday, the negotiation are ongoing with the goal of the two parties coming to “some understanding to accommodate the project.” If the impasse cannot be overcome, “an alternative will have to be sought” by the developer.

The 326-room hotel with a showroom and 450 executive apartments is to be constructed by a Chinese public-private venture. A company reflecting 50 per cent share ownership of the Chinese Government and 50 per cent by the Chinese private sector companies has been established in St. Maarten.

The Chinese have pledged as “a gift” to St. Maarten “to find a water source” to boost agriculture, Gibson Sr. said at the announcement of the project in September 2016.