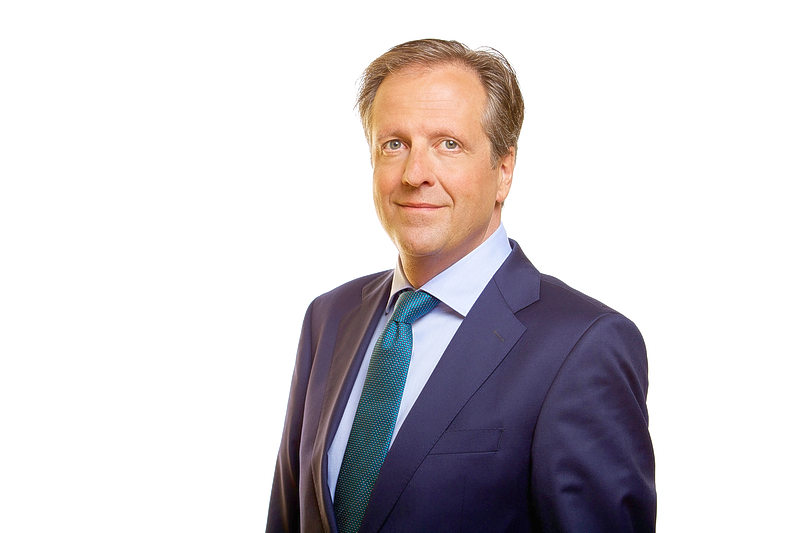 THE HAGUE–“Good governance is good governance. We can be short about that.” No compromise there from Leader of the Democratic Party D66 Alexander Pechtold. Yet, more mutual respect and comprehension would benefit the Dutch Kingdom.

Pechtold (50), who served as Minister of Administrative Renovation and Kingdom Relations in 2005 and 2006, is back on the portfolio Kingdom Relations, or as he put it “back on base.” He is the only party leader who is a Member of the Permanent Committee for Kingdom Relations of the Second Chamber of the Dutch Parliament, which says a lot about the close relationship that he has with the Dutch Caribbean.

When D66 representative in the Kingdom Relations Committee Wassila Hachchi suddenly left early 2016, Pechtold decided to fill the void. His connection with the islands was one of the main reasons. “You either fall in love with the islands or not. The islands captured my heart since my first visit as a tourist in 1994.”

Kingdom relations is and always has been an important topic for D66. “It stands for the way you treat each other. Unfortunately, the Kingdom is often a source of populist talk in the Netherlands. Opinions are shared from a harsh point of view. But I have to say that some people on the other side of the Kingdom do make it easy for these criticasters,” said Pechtold.

His return on the subject was a good reason to invite Pechtold for an interview with The Daily Herald and ask him how the relations in the Kingdom are doing since the new constitutional relations that went into effect in October 2010. “10-10-10 has brought some peace. At least it ended the ever excuse that ‘Willemstad doesn’t listen.’ Especially St. Maarten will now have to prove itself; it cannot hide behind an excuse anymore.”

The elimination of the governmental layer of the Country the Netherlands Antilles has resulted in more direct ties between the islands and The Hague. “That creates both an advantage and a disadvantage: things become more visible. But I do think that this structure – and nothing is forever – is a basis to address the islands on the bigger responsibility that they have.”

The much discussed Dispute Regulation (“geschillenregeling”), which still hasn’t been realised, is characteristic for the relations within the Kingdom. “The Dispute Regulation, which we have been waiting on forever, could have already materialised if we listened to each other based on mutual comprehension. It is too bad that we still have to discuss the rules of the game when there are disputes. It is like trying to get to an agreement while standing in the penalty area of the soccer field,” said Pechtold.

“We can achieve better results during talks if one bears in mind that these are small electoral communities and that people do not want to lose face. I learned from day one as a Minister that you can have very harsh talks on the inside, as long as you go public in a respectful manner.”

The Netherlands could be a little less critical by not always passing judgement, telling the islands how to do things. The islands on the other hand should drop the so-called “Calimero complex,” the feeling that they don’t get taken seriously due to their small size.

Also, the Netherlands should be more aware of the difference between the six islands and not treat them as one unit. The Hague should not force its method of operation in such a manner that the islands and their people become the victim.

Pechtold expressed concerns about the level of facilities in Bonaire, St. Eustatius and Saba since these islands became public entities in 2010 and the attitude of the Dutch Government towards the Caribbean Netherlands, especially what he called the “lack of interest” of some ministries.

The D66 Leader was critical of the Ministry of Home Affairs and Kingdom Relations BZK and the Minister in charge, Ronald Plasterk, whom should have assumed a more coordinating role where it comes to the Caribbean Netherlands. “The Dutch Government has made the coordinating role too small. We can do so much more for the islands. We need more support.”

If it was up to D66, the Minister of Home Affairs and Kingdom Relations in the next Dutch Government would have a much bigger coordinating role. “The new Minister has to be able to act without having to pass through all layers. It means having the trust of the other colleague Ministers and getting the room to manoeuvre. One point of contact with a clear position. I want shorter lines.”

A harsher approach is justified when good governance and basic human rights are at stake. Pechtold said he supported the efforts to strengthen the law enforcement system in St. Maarten. “We don’t do it for the member of government but for the community, or for what I always mention as an example, the I Can Foundation.”

The providing of Dutch assistance and investments in the St. Maarten justice system was partly a matter of practical thinking. “We are too late if we wait until the gaming world takes over democracy. In the end it will cost more money to fix that.”

Pechtold illustrated the complex situation that St. Maarten’s small size creates in integrity issues by using the criminal Court as an example. “You have the Judge, the Prosecutor, the lawyer and the suspect. With a population of 50,000, you will always have family ties or a relation as simple as someone you sold a second hand car to. Developing a critical mass on such a small scale can sometimes be too much to ask.”

However, the island in question has to acknowledge this fact and be open to assistance from outside. At the same time, Pechtold said, the country that provides the assistance should not say: “I know what is best for you and that is how I will arrange it.”

Asked if he still considered it a wise decision to have St. Maarten attain the status as a Country within the Kingdom in 2010, Pechtold said that the wish of the people should be respected. “This is what the people wanted and you have to give it a chance. It can always happen that at a certain point we say this isn’t working and that the people don’t want it anymore, but it can’t be the Netherlands to reconsider this first.”

The commonwealth structure, proposed by the liberal democratic VVD party and the Socialist Party (SP) was not a fair option in Pechtold’s opinion. “Solving it in this manner sounds chic, but these parties are basically saying that they don’t care.”

Those calling for independence weren’t well-thought through either, especially when it concerned a unilateral decision for independence by the Netherlands. He said independence “sounded nice,” but for the people it would be very tough. “I don’t see the islands dealing with international issues all on their own.”

“First we had 300 years of colonial control. Then came the Kingdom Charter in 1954 with a degree of post-colonial thinking. Now we have a new phase. Let’s give the new relations within the Kingdom a chance to prove itself,” said Pechtold, who emphasized that it was important for the Kingdom partners to see each other in a more serious manner and to focus on the positive role of the islands as stepping stones in Latin America.

To his disappointment, Pechtold will not be present at the Inter-Parliamentary Consultation for the Kingdom IPKO in Curaçao in January 2017. The event is too close to the Dutch Parliamentary elections and the D66 campaign team didn’t consider it wise to have him absent for a week.