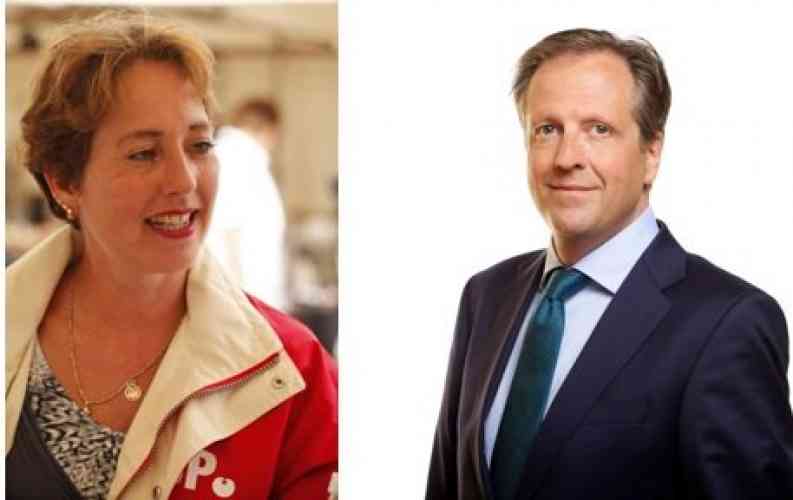 THE HAGUE–Chairman of the Permanent Committee for Kingdom Relations of the Second Chamber of the Dutch Parliament Alexander Pechtold and Senator Meta Meijer will be part of the international team of observers at Monday’s elections in St. Maarten.

The Permanent Committees for Kingdom Relations decided on who to send to St. Maarten during separate procedural meetings on Tuesday. It is the first time that the Dutch Parliament will be sending observers to an election on one of the Dutch Caribbean islands. St. Maarten’s Interim Government on February 12 filed a formal request at the Dutch Government to have election observers present.

Pechtold, who is the leader of the Democratic Party D66, said that he would be able to free up time in his agenda to go to St. Maarten to act as a member of the observers’ mission. Senator Meijer of the Socialist Party (SP) will also be travelling to St. Maarten as an election observer. Chairman of the First Chamber’s Permanent Committee for Kingdom Relations Ruard Ganzevoort cannot go because he has other commitments abroad next week.

Member of the Second Chamber André Bosman of the liberal democratic VVD party said during Tuesday’s extraordinary procedural meeting that he was “happy” that St. Maarten had filed a request with the Dutch Government to have observers present at the elections. “Having observers at the location fortifies the democracy and amplifies the legitimacy of the elections,” he said.

Initially, Pechtold proposed during the meeting that he could travel to St. Eustatius on Tuesday, the day after the St. Maarten election, for an informal meeting with Dutch Government Commissioner Mike Franco. However, after internal consultation later in the day it was decided to drop this plan.

Pechtold had suggested exchanging thoughts with Franco about the developments since the Dutch Government ousted the Progressive Labour Party (PLP)-Merkman-led Government on February 6. He also thought that a visit to St. Eustatius could give the trip to the Windward Islands “more substance.”

The Committee for Kingdom Relations of the First Chamber made immediately clear that its representative Senator Meijer would not be travelling to St. Eustatius. The Committee didn’t consider it “opportune” to visit the island at this time, said Chairman Ganzevoort. Later on Tuesday it was decided after internal consultation to forego planning a visit to St. Eustatius and stick to the original plan to go to St. Maarten as election observers.
Besides Pechtold and Meijer, the international team of observers will consist of representatives of the Organisation of American States (OAS), the International Foundation for Electoral Systems (IFES) and the Census Offices of Aruba and Curaçao.

St. Maarten’s Interim Prime Minister Leona Romeo-Marlin announced during her visit to The Hague last week that international observers would be present at the elections. “We will make sure that fair elections can take place. It was always my plan to ask observers from Curaçao, Aruba and the region. The Netherlands also offered assistance. We are open to that,” she said last week Thursday.

Romeo-Marlin further announced the intention to have the St. Maarten Prosecutor’s Office communicate information on fair elections. “Curaçao has a campaign in this regard. We want something similar so everyone understands their obligations – not only the eligible candidates, but also everyone who is even thinking about selling their vote,” she stated.
Interim Finance Minister Mike Ferrier noted that controlling the issue of vote-buying would be a challenge. “Don’t underestimate the great need for goods and money after Hurricane Irma. It will be a challenge to differentiate between regular aid and the actual buying of votes,” Ferrier said last week Thursday.