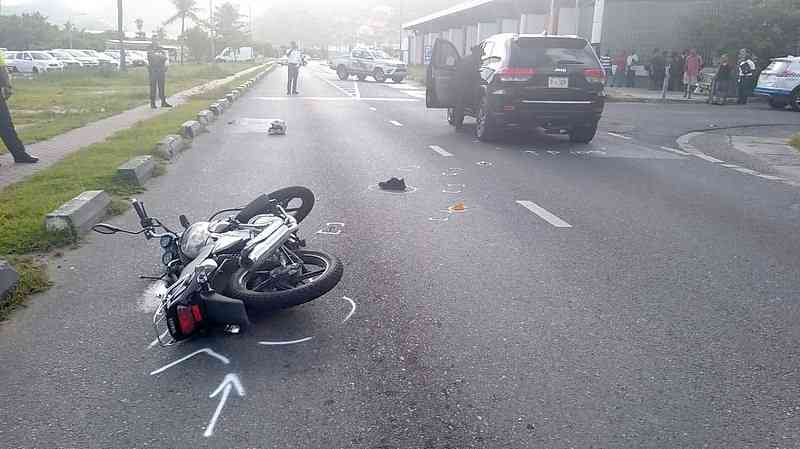 The motorbike that collided with a pedestrian.

The junction where the accident took place.

PHILIPSBURG–The St. Maarten Police Force KPSM Traffic Department is investigating an accident that took place at the junction of W.J.A. Nisbeth Road (pondfill) and Codville Webstersteeg in Philipsburg around 7:45am Wednesday.

According to information gathered at the scene, the driver of a car P-109 had given a pedestrian a chance to cross the street in the area of the Central Bank of Curaçao and St. Maarten (CBCS). At the same time the rider of a Yamaha motorbike was overtaking the vehicle and collided with the pedestrian.

The motorbike rider suffered injuries to his body which were not disclosed up to press time.

Both victims were treated at the scene by the Ambulance Department and were later transported to St. Maarten Medical Center (SMMC) for further medical care.

The investigation into this accident is ongoing, said police on Wednesday.