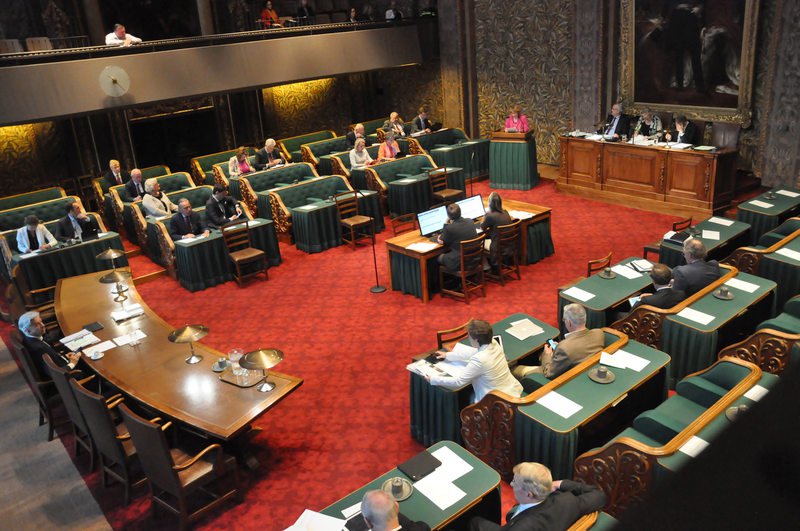 THE HAGUE–The Dutch Government is willing to supplement the possible losses in pension years of (former) civil servants and teaching personnel who worked in Bonaire, St. Eustatius and Saba before October 10, 2010.

Dutch Minister of Home Affairs and Kingdom Relations Ronald Plasterk stated this during a debate with the First Chamber of the Dutch Parliament on Tuesday regarding the evaluation of the reformed constitutional relations in the Kingdom.
In response to questions by the senior citizens party 50PLUS in the Senate, Plasterk explained that talks were ongoing between the Caribbean Netherlands Pension Fund PCN and the Dutch Government, in this case the Caribbean Netherlands National Government Office RCN.
A dossier investigation is currently taking place, based on which it might prove necessary for the Dutch Government to pay a supplement to the PCN to restore the individual pension rights of the duped group of persons. Plasterk said it would be wise to await the investigation and the talks between PCN and RCN.
He said the claims of the persons in question would have to be based on information of the (former) employee or employers. “I can imagine that things will not be made needlessly complicated, but there must be a base for supplementing the pension fund,” he said.
Plasterk provided background information on the issue during the debate. The Dutch Government, in this case the RCN, is the legal successor of the personnel who formerly worked in the service of the now dismantled country the Netherlands Antilles. The pensions of these persons were formerly insured by the Netherlands Antilles General Pension Fund APNA. The obligations were transferred to the new PCN on October 10, 2010.
Not all data of the in-service and out-of-service persons were properly administrated at the APNA. PCN informed the RCN of these bottlenecks and asked to be provided with the (missing) information of these persons. In 2014, PCN made an overview of the 130 dossiers for which this was necessary. The dossiers were based on bottlenecks found in the transferred APNA administration and complemented with information provided by the participants about incorrect registration such as the length of the employment.
The PCN has stated that reparation is possible under the condition that other participants in the pension fund are not adversely affected. When the RCN proceeds to pay the pension premiums that were not transferred in the time of APNA, including interest, the missing pension rights, length of employment or the changes in salary can be processed and the omission in the pension build-up restored.
Plasterk assured that the definite decision-taking should take place sometime this summer when the PCN calculations are ready. The information on the premium deductions of the former Antillean Government also should be clear at that time. When all these figures are known, decision-taking will take place on an individual level by the RCN.
50PLUS Senator Jan Nagel called for an investigation by an independent committee during Tuesday’s debate. He submitted a motion to this effect, calling on the Dutch Government to establish an independent committee that would investigate the missing millions in pension premiums and report back before October 1, 2016.
“It is absolutely unacceptable that pension rights will be calculated based on estimations by government employers who didn’t transfer the premiums and now claim that the administration is gone,” said Nagel, who already sounded the alarm bell on the issue last weekend.
Plasterk advised against Nagel’s motion, which was co-signed by Senator Meta Meijer of the Socialist Party (SP), Henk ten Hoeve of the Independent Senate’s Party OSF, Kees Kok of the Party for Freedom PVV, Peter Ester of the ChristianUnion and Christine Teunissen of the Party for Animals. The motion will be voted on next week Tuesday.
Plasterk said it was better to await the results of the ongoing investigation by the PCN and RCN. “All proven errors will be investigated, but that takes a few months. It concerns paper dossiers. The Country Netherlands Antilles didn’t have things in order. I will make sure that a proper, factual investigation takes place,” he said.
The Antillean Government failed to transfer the pension premiums of an unknown number of civil servants to the APNA in the years prior to the dismantling of the Netherlands Antilles. These pension premiums were in fact deducted from the employees in question. PCN has had a hard time tracing the information due to inconsistencies in APNA’s administration.