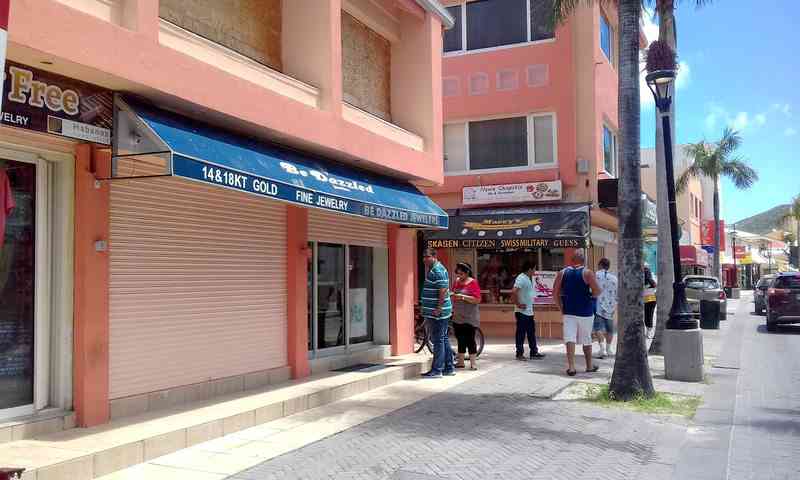 PHILIPSBURG–Two men with their faces covered and using a canister containing pepper spray robbed the Be Dazzled Jewelers store on Front Street and sprayed an employee standing closest to the door in her face at 11:15am Saturday.

The police’s Special Robbery Unit is investigating the robbery. According to police, one of the suspects jumped over the display counter and took several trays of jewellery, several boxes of diamonds and several gold necklaces. After committing this act, the suspects fled on foot towards Back Street.

A police bike patrol was immediately sent to the scene to investigate what was taking place. On their arrival, the suspects had already left the area. On the way to the scene, the patrol encountered pieces of jewellery on street leading from the jewellery store. These items were all confiscated for further investigation, according to police on Monday.

The investigation is ongoing and the investigating team is asking anyone who has information in connection with this case to get in contact with the Police Force by calling 542-2222 ext. 213/214, the anonymous police tip line #9300 or the emergency number 911.