Home The Daily Herald Peridot Foundation joins the world in Commemoration of sixteen days of Domestic... 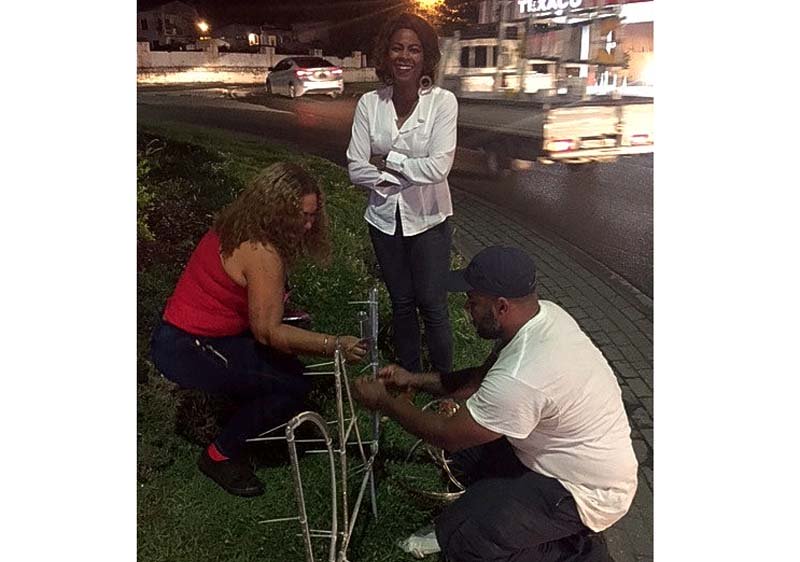 ‘ The UN call for action theme for this year: Orange the world: Raise money to end violence against women and girls, is aimed to place more focus and address the fact that funding for this cause is still lacking”

“You have a Voice, You have Choice to support.

As the domestic violence awareness campaign which started  Friday  November 25th, continues, more then ever before, thanks to the entrance of the social media era, has it been possible to share the voices and numbers of victims of domestic/ relational violence perpetrated mostly against women and children.

Social media can also be an effective tool to raise funds for awareness campaigns. November 25th to December 10th, is the United Nation’s annual ‘call to arms’ so to speak, 16 days of awareness or activism against gender based violence. November 25th is the International Day for the Elimination of Violence against Women. The sixteenth day, that concludes on December 10th, is Human rights day. Communities around the world are making clear through the social media that domestic violence in all shapes and forms are still very prevalent and present. The general availability of a mobile phone, can aide both the victim to seek assistance as well as rally a community in support of a cause to help bring about more awareness about this social ill.”

Arrindell continues; “ Data, statistics regarding this social deficit are available from many countries by the click of a button. Our Island, Sint Maarten, should not be left behind. A real effort must be underway to have reliable and consistent data gathering from governmental and NGO institutions regarding domestic violence and domestic violence related information. For example the social and economic cost to society due to death, injuries or ‘sick-leave’ absence caused by violence at home or work related.

Celebrities are not shying away from taking to the Internet to help victims of abuse or share their own stories. A recent none profit organization such as girlgaze.com is used frequently including by young actresses to share their story and help promote awareness of relational violence and promote self-esteem.  Most are aware that ‘Google’ has become the new norm in speedy information gathering and creating

It is clear that the cause for concern remains urgent and at the front burner of the agenda of the United Nations as well as the concern of especially women in many countries.

The United Nations message this year places strong emphasis as well by sounding the alarm about the lack of donations to campaign for this cause.  As stated above, the call to have a special theme : Orange the world ( no I did not choose the color!) raise money to end violence against women and girls, stems from the Sustainable development goals  adopted by world leaders in 2015. Goal 5 of the gender equality agenda included the specific target to end all forms of violence against women, including human trafficking, other forms of sexual violence and harmful practices, Yet, the resources dedicated to address the issue, do not match the scale of the challenge, concludes the statement”.

The United Nations notes that; “ allocating adequate resources to prevent and address violence against women is not only a legal obligation and a moral imperative, but a sound investment as well”.

Arrindell concludes: “Peridot calls upon our community to stay involved and get behind this cause, your cause to end violence against women and children. Heeding the call of the United Nations, the roundabout with the statue for the awareness of violence against women and children, will carry the 16 days symbol, in support of this yearly global campaign.

We look forward to your continued support in our efforts to make this project an effective tool in our goal to keep the awareness to eradicate domestic violence from our diverse community.