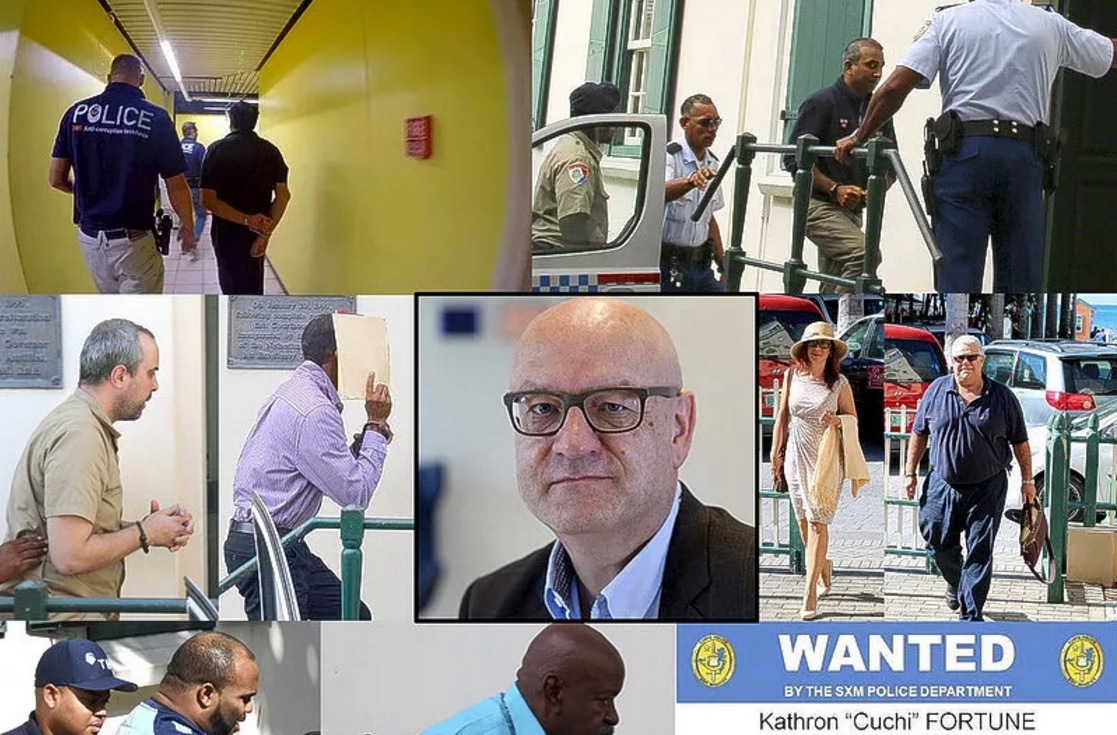 The Person of the Year for this newspaper has always been about direct impact on the community. The Prosecutor’s Office also produced many headlines in 2016, making it its business to tie up loose ends and declaring war on the “status quo” regarding especially white-collar crime in St. Maarten.

From tightening the belt of the adult entertainment industry to tackling politicians, no one was exempted from the strong arm of the law. While the Office’s case load was extremely heavy with limited staff, the Prosecutors worked to make deadlines and inform the public during this process. In doing so, it also ensured that several cases of false bomb threats and one case of sexual abuse of minors by a school principal would not go unpunished.

St. Maarten has seen a large number of raids and cases in recent months involving everything from bribery and money-laundering to vote-buying. Some would argue that specific persons were targeted, but the law enforcement agency’s motto to rid St. Maarten of organised crime and corruption continues behind the increased attention for illegal practices.

The office also appointed journalist Gino Bernadina as spokesman in May. He hit the ground running by answering practically every call from both the local and off-island press. Having a spokesman is said to make the lives of prosecutors on duty much easier, as they can focus on their task at hand while the media professional focuses specifically on community awareness.

The Prosecution has the authority and direction of investigations carried out by the police. The Prosecutor determines whether to submit a criminal case to the judge or not (principle of opportunity).

The Prosecutor also can offer the suspect a proposal to handle the case differently (for example, by a conditional discharge or a transaction). He or she also acts as accuser if the case goes to court.

The Prosecution demands a sentence during the trial in the courtroom. The court ultimately decides whether to convict the suspect and – if so – what punishment is imposed.

The Prosecution must always follow a strict procedure as laid down in the law. The judge is to check whether the rules are being applied properly. In the courtroom the suspect sees the Prosecutor in his/her role as accuser.

The Prosecutor’s Office should also ensure that decisions of the criminal courts are carried out; for example, sending the police to pick up people who still have to serve a prison sentence if they do not show up. Fines can be paid at the counter of the office in the Vineyard Building.

The Office prosecuted Maria and Claudius Buncamper and arrested Silvio Matser, Regina Labega, O’neal Arrindell, Francesco Corallo and Etienne “Tochi” Meyers this year. Those are just some of the many high-profile cases dealt with in 2016, while some will roll over to 2017.

In an interview with The Daily Herald, Prosecutor Ton Maan recently gave insight into his Office’s way of thinking. In certain cases, such as the election-fraud case involving United People’s (UP) party, the Prosecutor’s Office was accused of going after only the “small fish” while letting the “big fish” go free. Maan said the “reproach” that the Prosecutor’s Office would not go after the “masterminds” and main suspects in the case, and would only prosecute the “foot soldiers” who actually committed the crime, was unjust.

If one looks carefully at the cases that have been investigated by the Prosecutor’s Office this past year and at the suspects who have been prosecuted, this reproach of not going after big fish no longer holds water, the Chief Prosecutor believes.

Finances continue to be an issue for the Office, which was evident earlier this year when this newspaper reported that Government owed it a substantial amount of money accumulated over several years.

Government since 2013 has steadily built up significant arrears to the Prosecutor’s Office, which was threatening to seriously hamper its operations. Funding from Government, via the budget of the Justice Ministry, is the only source of funding for the Prosecution.

Although confirming to this newspaper the existence of a debt, the Office did not give the actual outstanding amount. “The Prosecutor’s Office does not comment in the media on the amount of the payment arrears,” said spokesman Bernadina at the time.

However, it managed to get the money from Government and the backlog was cleared earlier this year.

The message of the Prosecutor’s Office is simple: Keep your nose clean and you will not have anything to worry about. Reiterating: in 2016 the most impact in the community was made and the biggest headlines produced by the Prosecution, aided by other law enforcement agencies. The Daily Herald salutes the men and women of this crucial Justice organisation.