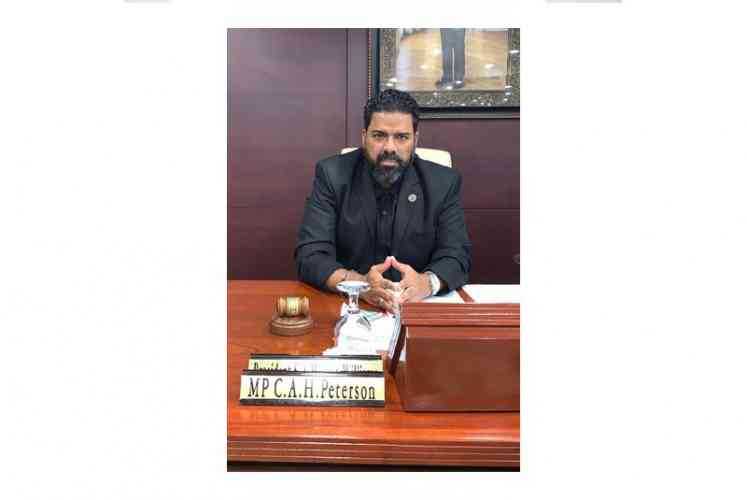 The proposed agenda points are liquidity support to St. Maarten (specifically the amounts received thus far); the amounts to be received and their conditions and timelines; evaluation of the performance of the Trust Fund and its projects, specifically but not limited to the use, pace, results, financials (use and balance), World Bank (WB); National Recovery Programme Bureau (NRPB); and Kingdom Relations, focused on the current views on the relationship between St. Maarten and the Netherlands and the status of and views on the dispute regulation and aspects to be tackled going forward.

“Since [Hurricane – Ed.] Irma devastated St. Maarten and later after the signing of the Trust Fund with the Netherlands via the World Bank, the Prime Minister in particular, in her capacity as the signatory to the trust fund agreement on behalf of the Council of Ministers, has had to interact and work on a consistent basis with Mr. Knops on the reconstruction process,” Peterson said in a press release on Tuesday.

“I felt it is important to open direct dialogue between the Dutch State Secretary and the St. Maarten Parliament in the best interest of relations within the Kingdom at a time when our island is reliant on direct aid from the Netherlands as we seek to rebuild our economy and increase our tax compliance. Too often we talk about each other and not to each other.”

“Meeting Mr. Knops was very insightful and gave me the opportunity to ask questions on the reconstruction process as well as clarify statements made on the airport financing option at the time. I believe doing this in a bigger setting with all Members of Parliament would be beneficial not only to the members, but also to the public where too often misinformation lives a life of its own.

“Our people should be able to know exactly where they stand as they try to rebuild their homes, but more importantly as they strive to recover from the mental trauma so many experienced.

“I understand that as elected Members of Parliament of St. Maarten, we have no direct authority to demand his presence, but I do hope that State Secretary Knops will see the importance of a dialogue with our highest legislative body and accommodate this request.

“I think this could be a good opportunity for Parliament and the people to get a clear direct explanation on statements made regarding financing of the airport, liquidity support to government, MP salaries, pension law, WB/NRPB projects from the Trust Fund and the prison.”

Peterson said he hopes to discuss the pace of the reconstruction and what can be done to speed up the process in the interest of St. Maarten and its people specifically in the areas of home repair, school repair and hurricane shelters, which he said are paramount to the resilience of the island should another hurricane like Irma strike.

“The recent passing of Hurricane Dorian and its devastation of the Bahamas as a Category 6 should be seen as a serious warning that we will see such mega-storms with more frequency. Hence, we must speed up our reconstruction and resilience.”

Peterson hopes Knops will accept this invitation to appear in Parliament at his earliest convenience.