Home Local News Petit steps down from SZV board due to ‘undue influence’ from... 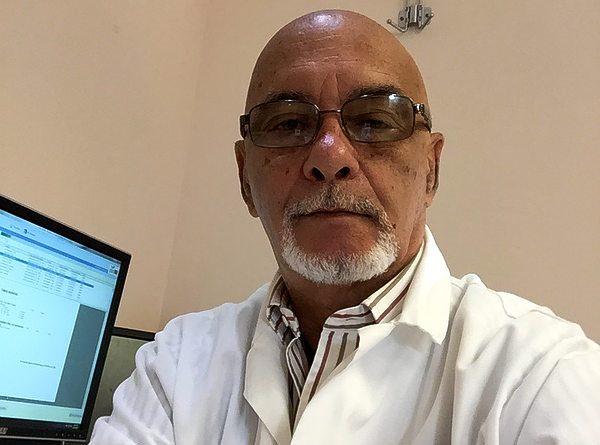 PHILIPSBURG–“Over reaching and undue influence” from Public Health Minister Emil Lee is one of the reasons gynaecologist Dr. Michel Petit gave as factors for stepping down as Chairperson of the Supervisory Board of Directors of Social Health Insurance SZV.

Petit intends to file a complaint with the Public Prosecutor’s Office and the National Detectives to “protect” himself from future claims associated with his previous responsibilities as chairman of the board.

In reaction to Petit’s allegations, Lee said the lack of prior discussion and timing of Petit’s release gives his actions “a suspiciously political flavour.” He urged Petit to provide evidence that he (Lee) has in anyway exerted inappropriate influence over the supervisory board and implementing body, an allegation the minister “takes extremely seriously… I find it strange that during my time in office Dr. Petit has not written one letter to me indicating that he was of the opinion that I was exerting undue and over-reaching influence on the board, and chooses to do so with no prior discussion via the media,” Lee said in a release issued hours after Petit’s release.

“Last week, during the farewell party for Dr. Petit at SZV he mentioned to everyone that he was leaving to pursue his true passion medicine, and to be able to devote more time to his practice in Anguilla. He never made any comment or gave any indication similar to the sentiment reflected in his press release.”

Petit’s resignation became effective as of Monday, August 15. He joined the board in 2011 and became chairman in December 2014.

“I resigned because I could no longer dedicate the time that would have been needed to accomplish my stipulated tasks due to the over-reaching and undue influence of the Minister of Public Health and Social Affairs on the Supervisory Board, and on the implementing body of the organisation and the time required to reign in the management to follow proper procedures as is stipulated by law would be too time consuming,” Petit said in a press release issued on Sunday, several days after The Daily Herald sought his comments on the resignation.

“Under those circumstances, it was not possible for me to function effectively in accordance with the law, as such I made the hard and regrettable decision to resign from this vital organisation that has tremendous health, social and financial responsibility,” Petit said.

The seasoned healthcare professional said based on the country’s Civil Code, supervisory directors can be held personally liable for mismanagement of funds. “I was made aware by the press of inappropriate actions of the implementing body of the organisation. Due to this legal reason, I will file a formal complaint with the Office of the Public Prosecutor (and the) National Detectives to protect myself from future claims because these actions were done under my watch, and also to protect my integrity and respected personal image,” he said.

In the meantime, Lee said: “Exerting undue influence is contrary to all the principles of good governance to which I subscribe. A number of letters have been sent to Dr. Petit identifying where the supervisory board, in my opinion, has been deficient in their tasks and responsibilities. However, those letters requesting that the Board of SZV improve their compliance as required by law could hardly constitute undue influence. I will be reviewing Dr. Petit’s comments and/or accusations in more detail over the next days with legal advisors and will respond accordingly.”

forward to when they reach pension age deserve to have their pension fund used following proper procedures and in a “prudent manner” knowing that a national decree based on the old age pension law LAOV regarding investment of the AOV funds was never issued.

He said SZV is an independent administrative body that has an implementing structure with a corporate personality. Its independence covers its internal organisation, management of its resources and the representation of its interest. SZV is primarily responsible for the execution of the social and health insurances of St. Maarten. To accomplish this mission SZV is under the leadership of a director and deputy director assisted by a management team and supervised by a supervisory board.

By law, the director adopts rules after hearing the supervisory board. These regulations are complementary to the SZV ordinance and should be published on SZV’s website, Petit said.

Source: Daily Herald
Petit steps down from SZV board due to ‘undue influence’ from Lee