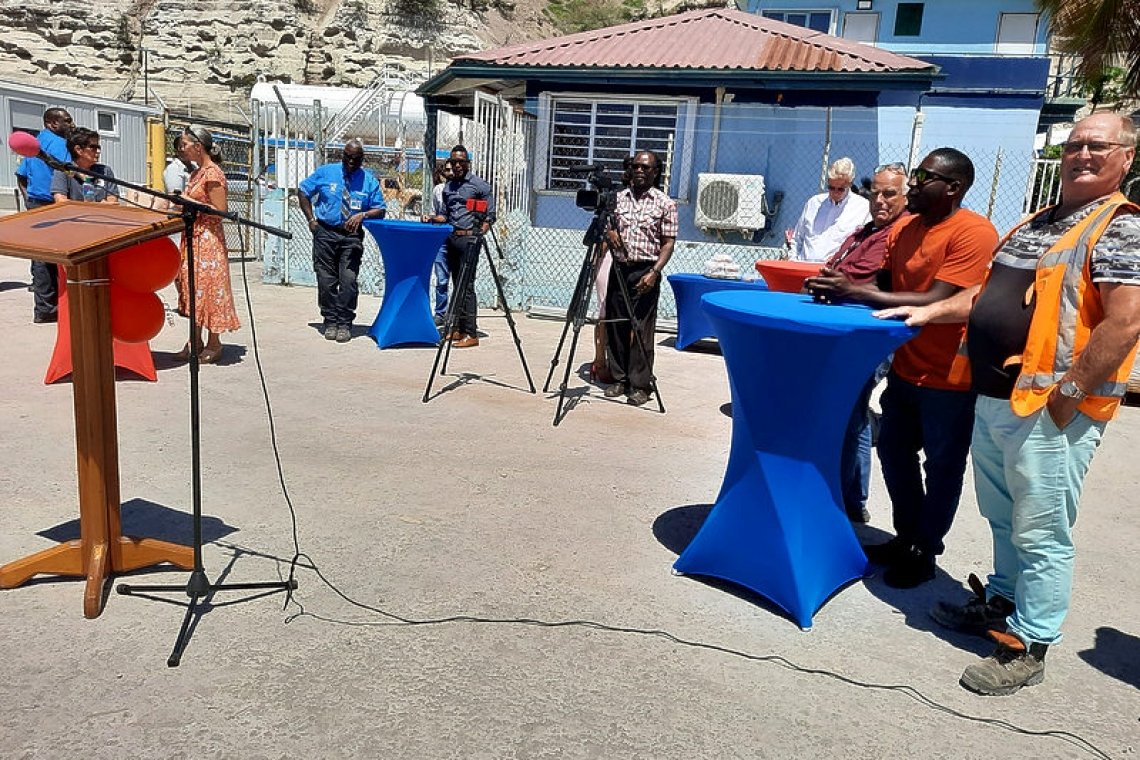 In this first phase of the port expansion and improvement efforts, the focus was placed primarily on expansion of the container lay-down area, including its shore protection. Consequently, not only the area of 2,000 square metres (m2) of the existing storage facility will be protected, but an additional 1,100m2 has been added with protection.

Prior to this first investment, the Port of St. Eustatius faced a number of challenges that made it relatively uncompetitive and unattractive for new business. The main challenge included major erosion problems in the container-handling and -storage area due to constant erosion deriving from adverse sea conditions, tropical storms and hurricanes, and periodic high seas and swells. Another challenge was the lack of space to accommodate the increased number of containers entering the port.

Furthermore, the harbour area was not suitable for the activities that take place in the harbour, which has led to congestion and the use of inadequate facilities. This, in turn, resulted in delays for vessels and damage to the harbour itself.

The situation has now changed. Phase Two begins within a few short months and will result in the hard-surfacing of the entire container area. The container total area space will be 1,100m2 with the maximum capacity for approximately 85 containers on the ground. Stacking of containers will then be made possible, which will double the capacity, explained Government Commissioner of St. Eustatius Marnix van Rij.

The project was officially launched in November 2018; the 10th EDF provided funds totalling two million euros and the local government co-funded by providing an additional 400,000 euros.

Boekel Bouw and Infra BV representative Jan Keeman spoke briefly, saying he hopes the expansion remains for many years and protects the containers that are present. He said he knew it had taken a little bit longer than originally planned.

Approximately 13,000 cubic metres of rocks were placed in the sea and on the land to protector the container area. Keeman thanked Harbourmaster David Dictus and acting Harbourmaster Gilberto Maduro for their cooperation. He also extended his appreciation to their subcontractor, ARC Construction and Golden Rock security which aided them in completing the job.

Timber mentioned three companies that were not stakeholders in the project, but played an important role in its success due to the work carried out: Saba, Statia Cable System (SSCS), Sol diesel, and St. Eustatius Utility Company STUCO. These three companies completed a project allowing the expansion project to be carried out successfully, Timber explained.

He said Sol delivers diesel fuel to the island as well as providing it on the island. The company’s connection point was near the expansion project area and changes had to take place.

SSCS handles the fibre-optic cable on the island and its connection point is landed in the vicinity of the Harbour. “SSCS had a very important role to play with relocating some of their pipes and valves here on the island,” Timber said.

STUCO’s water plant is situated directly behind the project.

“These three companies technically had a direct role to play and did their part so that this project could take its course and everything could be carried out the way it was scheduled to be done,” Timber said.

He thanked all stakeholders who were involved in making the project a success.

Several stakeholders could not be present due to the coronavirus travel bans that are currently in place, whereby flights were cancelled, etc.