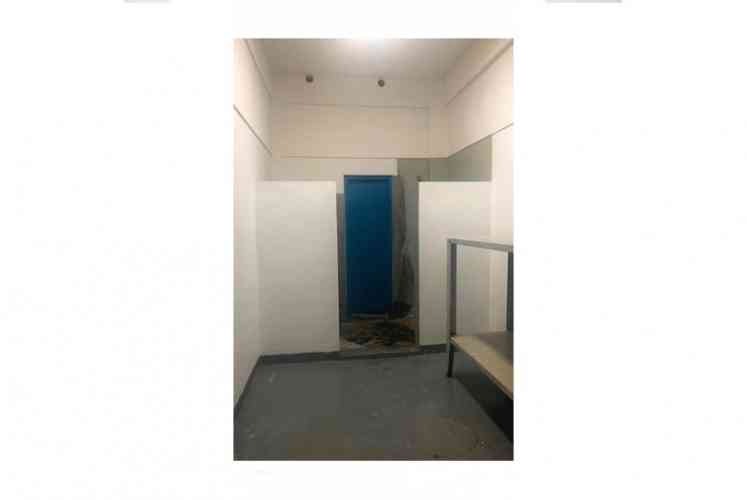 One of the renovated cells.

PHILIPSBURG–The Ministry of Justice announced on Thursday that seventy per cent of the renovation of police cells in Philipsburg is completed to date.

“For years, the quality of the St. Maarten prison cells has been up for discussion. One of the locations that was heavily criticized is that of the Philipsburg police station cells.

“One of the sources that pointed out the shortcomings of the facility is the European Committee for the Prevention of Torture (CPT). They came out with a report in which they made several recommendations,” according to the ministry’s cabinet on Thursday.

“Today we are happy to report that more than 70 per cent of the recommendations have been followed and concluded with success. The cells have all been deep-cleaned and painted. All floors have been renovated and the lights have been replaced and adjusted to meet international standards. The airing space has also been cleaned and painted. All the work was done by detainees who, under strict supervision, came in daily from the Pointe Blanche location.”

Minister of Justice Cornelius de Weever thanked the project team and all those who assisted.

“A lot has been accomplished within a short time period, despite our financial challenges. This type of work is very time-consuming, and we are aiming to do all repairs in such a manner that we meet human rights standards as well,” said De Weever.

The facility contains nine cells. It also includes space to air and a room where the detainees can meet with their representation.