Home Local News Phillip-Durham resigns, says USM ‘not the right fit’ for her 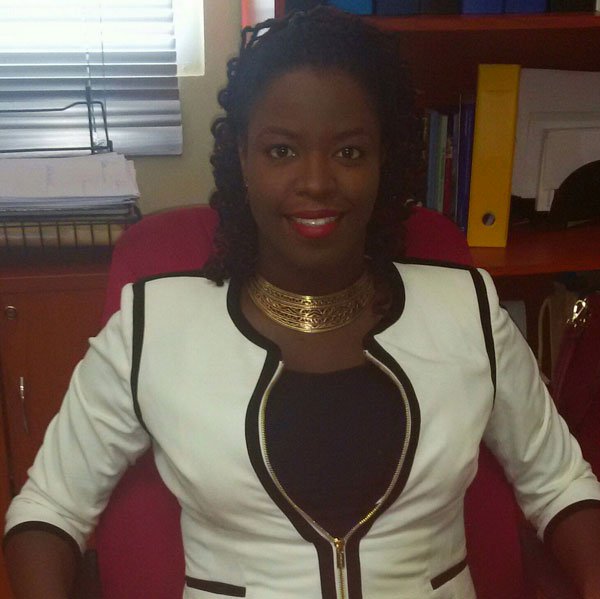 POND ISLAND–Trinidad native Genève Phillip-Durham has tendered her resignation from University of St. Martin (USM) less than a year and a half after being appointed as Dean, saying “USM is not the right fit for me.”

Her resignation with immediate effect went into effect on October 31. Phillip-Durham was appointed in June 2016. USM was set to cease operations at the end of October due to financial constraints.
In her lengthy resignation letter to the board, Phillip-Durham said USM is not the right fit for her, particularly at this stage of her professional life and academic career, as her goal and vision has always been and continues to be to contribute to the Caribbean region in the sphere of policy-making, capacity-building and education.
“I would do myself and any institution of which I am a part a disservice to remain without being able to effectively, efficiently, openly and, most importantly, objectively contribute,” she said in her letter, a copy of which was sent to this newspaper.
She said she has witnessed some positives during her tenure at USM, such as the loyalty of staffers, students and faculty and the resilience of the 28-year-old institution. “Unfortunately, however, it is lamentable that in my opinion the challenges have consistently outweighed the opportunities in the historically important and relevant institution,” she said in her resignation letter.
“In my humble view, 21st century management requires innovative, proactive, creative and decisive leadership in order to successfully sustain an institution, especially one of higher learning. It should be noted, however, that during my tenure at USM there has been a proclivity to compromise all of the above in ways that were peculiar and puzzling. Thus, it has become increasingly difficult for me to continue to function in an environment of instability and uncertainty where principal policy and practice are frequently inconsistent with each other.”
She said she had witnessed decisions that could have been made in a few days deliberated on for more than a month and even a year without final resolution, while decisions that require long deliberation and extensive consultations have been made in a day or a week despite the far reaching financial, human resource and social implications. She also spoke about the absence of a suitable employee retention strategy at USM, especially at the management level.
“This has typically been compounded by passing the buck and blame when employees voluntarily and prematurely part ways with USM. The latter, only to be unfairly criticised, berated and/or vilified upon their departure rather than such incidents being used as an opportunity for reflection, introspection and correction. Nonetheless, I continued to work diligently and professionally to execute my duties to the best of my ability,” she said in her letter.
She said it had become apparent over time that short-term quick fixes and piecemeal measures took priority over long-term strategic and structured decision-making, which has only served to stymie the growth of institution and personnel within the institution.
“A management style which undermines open internal communications and was based upon the premise of unjustifiable mistrust, continued unabated, which to the frustration of myself and no doubt those who were deserving and expectant of open and transparent, rather than clandestine operations of the management team.
“I say all of this not to be pessimistic or cynical, but to be realistic and hopeful that in its quest to regain the trust of the St. Maarten community the current and future leadership of USM would employ proactive measured and consultative approaches that would benefit of the institution and St. Maarten community at large,” she said.
She said it was important for her to clearly and categorically point out her reason for resigning with immediate effect: “Not least because I want to ensure that my position is never misconstrued or misrepresented in private or public, but because I truly want to be able to see institutions within my beloved Caribbean region take ownership for institutional failures, blunders and incapacities and working towards structural fixes.
This can only take place when the facade and charades are eradicated and we can finally and honestly take collective accountability and responsibility for the unfortunate realities with which we are confronted.”
She said the tumultuous history of USM”, including, but not limited to the frequent oscillations in management, can never be erased. “This is the opportune moment to chart a new course for the future of the university – an opportunity which I am confident will not be missed.”