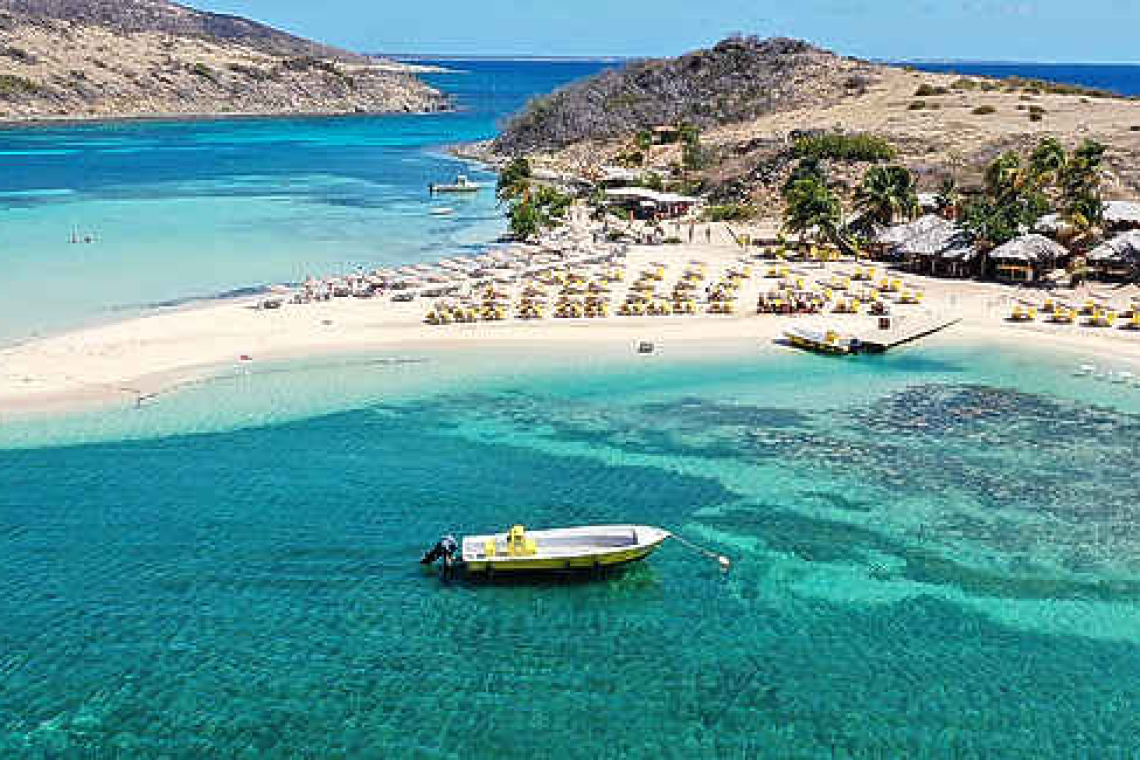 The decision to retain the two restaurants was made by the Conservatoire on December 2.

As a reminder, in 2019 Conservatoire du Littoral intended to renew temporary occupation permits on Pinel Island in the public domain for a period of nine years and launched a call for tenders for operation of a souvenir store and two restaurants, divided into three lots.

Only one candidate responded to the call for tenders for the operation of the souvenir store and was selected. Three candidates submitted bids for the two lots for the restaurants: the two restaurants that already had been there for decades and a third business SNC Pinel that occupied the space in the centre of the island.

The two lots were awarded to Karibuni and Yellow Beach, which subsequently signed temporary occupation agreements with Conservatoire on October 22, 2019.

SNC Pinel was disqualified and launched a legal procedure, requesting cancellation of the agreements, arguing that the competitive bidding procedure was not respected, that criteria Conservatoire du Littoral had itself imposed were not respected and that the two selected candidates did not meet some of the required criteria. Each of these criteria and sub-criteria imposed on the candidates was evaluated by a score.

The Court ruled that the scores attributed to each of the criteria did not correspond to what had been established by the Conservatoire itself and stated in its ruling, “As a result, it follows that Conservatoire du Littoral did not follow the self-imposed procedure for selecting candidates and did not ensure equal treatment of all competitors. The applicant company [SNC Pinel – Ed.] is therefore entitled to maintain that these irregularities have harmed it in a sufficiently direct and certain manner.”

In its decisions taken April 20 following the hearing of March 31, when this case was judged, the Tribunal decided on the termination of the agreements signed with Karibuni and Yellow Beach after a period of two months from the notification of the judgment – June 22, 2022.

Conservatoire du Littoral was subsequently forced to organise a new call for tenders, the result of which was made known on December 2.

“It is actually a Convention d’Occupation Temporaire (COT),” Karibuni owner Erik Clement explained about the permit. “Since the termination of our last permits, we have had to re-submit our bids again, taking into account the Conservatoire’s requirement to include several “green” or sustainable environmental aspects in our application.

“I’m pleased to say the Conservatoire accepted the vision of our project and that of Yellow Beach’s. This decision is a big relief, as we have been here for 35 years and it has been a stressful time. We had to put all our energy into submitting a new project with new ideas.”

Clement said he did not know any details of SNC Pinel’s project, the third bidder, or whether they had presented a project.

The different parties have two months to contest this decision via an informal appeal to the Conservatoire du Littoral or by appeal to the administrative court.