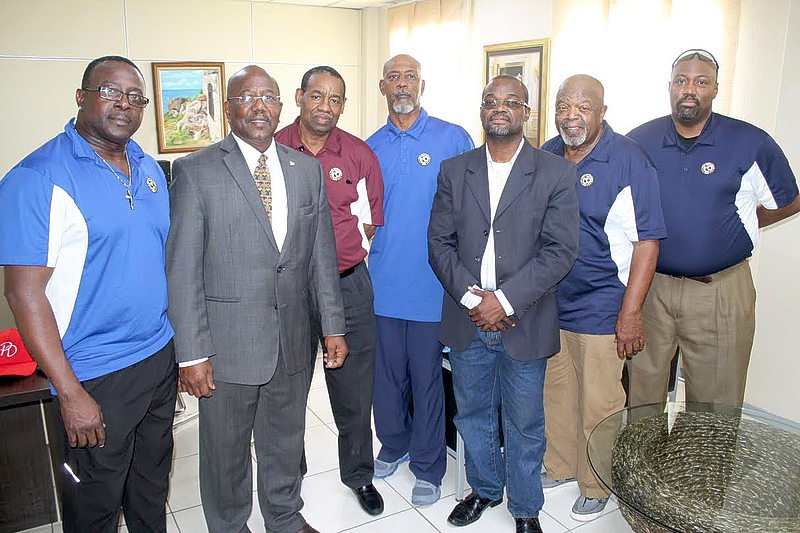 CUL DE SAC—The Piper Davis Selection will face the St. Maarten Little League Senior Selection in an exhibition game at the John Copper Jose Lake Sr. Ballpark this evening. The game is intended to help prepare the Piper Davis team for their trip to Alabama and as a fund raiser for the trip.

First pitch is set for 7:00pm and will be thrown by former baseball pitcher Adolf Stanford of double AA champion Banco Popular United Team.
Entry to the game is free but donations toward expenses for the airline travel will be accepted.
The Piper Davis selection team falls under the banner of the New Era Foundation. The athletes are busy preparing to travel to Birmingham, Alabama, to compete in the 2nd International Piper Davis Tournament scheduled for July 11 to 16.
This entire encounter came together when former professional baseball player from St. Maarten, Rafel Skeete approached Jeffrey Richardson of the New Era Foundation to see what the possibility would be to have St. Maarten young people get involved with a program that was started by the Piper Davis League Organization under the leadership of President, Fred Plum. This program was started for inner city boys that were not given the opportunity to be exposed to baseball on a level where they could be awarded a college scholarship which is most important for this organization or even become a pro ballplayer.
Skeete wanted to include St. Maarten in this program so that the young people would also benefit from those opportunities. The New Era Foundation thought that this was a great initiative and therefore jumped on board.
There were two visits, one in February and one in May, to St. Maarten by a delegation from the Piper Davis consisting of former major league players like Tom McGraw, Andrew Dixon and Skeete to give the young boys basic baseball clinics and training in order to prepare them for the tournament.