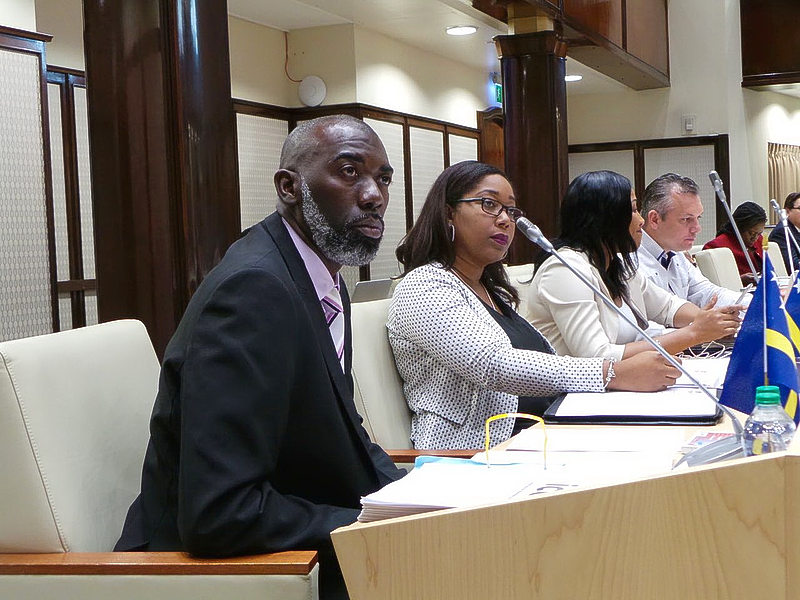 WILLEMSTAD–Gilmar “Pik” Pisas (MFK), the current President of Parliament, will take the oath of office as Prime Minister of Curaçao today, Friday.

This should only be temporary, as the screening of intended Prime Minister Charles Cooper and the proposed Minister plenipotentiary in The Hague (both MFK) of an interim cabinet backed by the new MFK/KdNT/PS/MP/Braam/Dannawi majority is still ongoing. These two candidates can consequently not be sworn in yet, but once that process has been completed Pisas will continue only as Minister of Justice.

It involves a transitional Government that is to run the country until the next Council of Ministers takes office following the early April 28 elections. However, the incoming coalition wants to reverse the national decree with which the outgoing Koeiman Cabinet had dissolved the legislature and called snap elections.

MFK-leader Gerrit Schotte indicated that the swearing-in ceremony for Pisas and the remaining ministers takes place this afternoon at 3 o’clock. He invited everybody to be present at Wilhelmina Plaza to greet the new cabinet.

Current Parliamentarians Pisas and Ribeiro are first to be replaced as such on Friday morning by respectively Amerigo Thode and Carlos Monk.