Home Local News Plan shows tax revenues can increase to 26 per cent of... 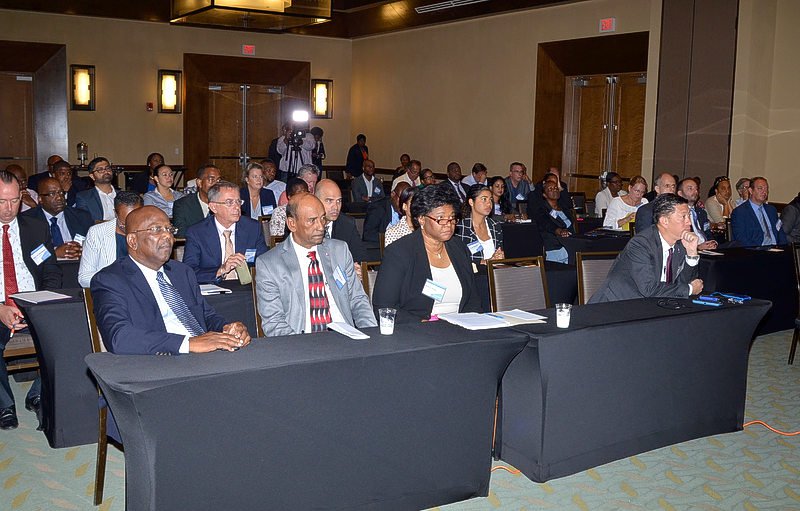 DAWN BEACH–A three-year phased transformation plan for the Tax Administration services of St. Maarten shows that tax revenues can be increased to at least 26 per cent of the country’s gross domestic product (GDP) within three years and produce an annual revenue of NAf. 500 million.

Ys said the increase in revenues would bring St. Maarten significantly in reach of the 30 per cent of GDP comparable to the neighbouring countries. “This would enable Government to mitigate the unbalanced income distribution in the country, properly invest in education, public health, youth, sport, justice, tourism, infrastructure and the environment, induce fair competition in the marketplace and more,” it was stated in a press release.

“A lot of territory was covered. We are all in this together because we will either pick the fruits or drink the vinegar,” Minister of Finance Richard Gibson said.

The Tax Administration generates about 85 per cent of the country’s revenues, which are now in decline. At 22.9 per cent of the GDP, St. Maarten is severely underperforming in tax collection compared to some of the other countries in the region.

Topics of discussion covered internal, inter-departmental concerns and external threats. The current Tax Administration has inherited many of its issues from the former Netherlands Antilles which have not been adequately addressed and is now faced with the lack of budget to invest in the necessary solutions, it was stated in the press release.

Tax Administration head Sherry Hazel emphasised the importance of the strategic plan for the Tax Administration (2016-2018) and highlighted the need to update its information communication technology (ICT) infrastructure as a high priority target, which is one of the essential factors to increase compliance and to meet international standards as well as improving local data-sharing.

Furthermore, housing, re-education of existing staff and employing additional staff are all on the Tax Administration’s priority agenda, the release said. “Combined, these improvements would not only fulfil the requirement to increase revenues, but also improve customer service and communication. The biggest concern of the Tax Administration at this time is the lack of investment capacity to put its strategic plan into action.”

Secretary-General Arno Peels and Department of Fiscal Affairs head Janio Chayadi gave a brief rundown on the tax framework that has been approved by the Council of Ministers. The most notable message in this field is broadening the taxpayers base by simplifying the regime, abolishing undesirable regulations and a shift from direct to indirect taxes. This message follows the leading international perceptions as presented in the Mirrlees Review in 2011.

Gibson said the issues at hand concerned everyone and full cooperation was required between all entities.

SZV Chairman Glen Carty shared the success story of working together in reference to the Tripartite of the new national hospital project. “We put aside our kingdoms and our egos for country St. Maarten,” he said.

An example of further elaboration of “success through collaboration” was given by Elton Felisie of SZV. In the first five months of 2016 SZV was able to significantly increase collections for AOV/AWW and ZV/OV combined by 13.9 per cent in comparison to 2015. This was achieved through collaboration with the entity SBAB. Felisie went on to point out the collaboration opportunities that exist in his view.

Throughout the summit attendees also made clear statements not to forget the people aspect when approaching change. “The people of St. Maarten must be taken into consideration at all phases and improving education as well as communication is key to acquiring a voluntary compliance climate,” the release said.

Gibson closed the Tax Summit by emphasising to all present that “the required change is not optional, it is a must.”

Concerns regarding guarantee of implementation of new plans and actions in a climate of unstable Government were acknowledged by the Minister, but not considered valid reasons not to act now. “There are two guarantees in life: death and taxes,” Gibson said.