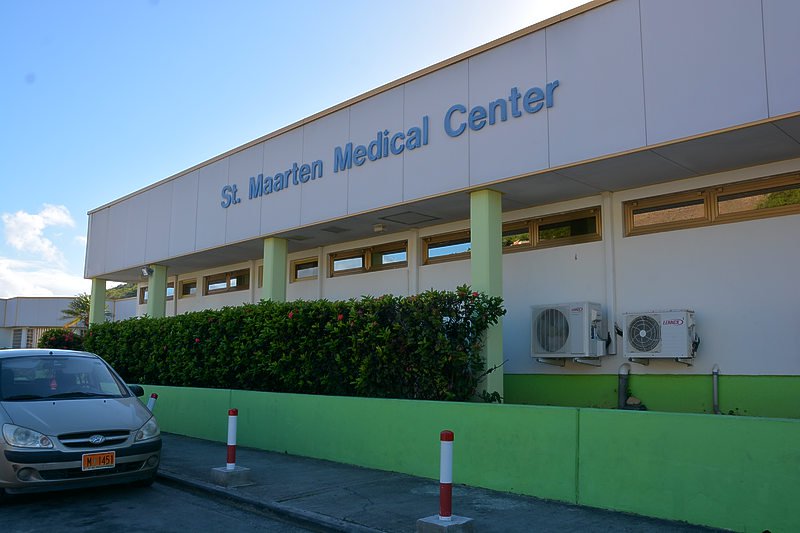 PHILIPSBURG–The plans for the new general hospital for St. Maarten have been adjusted so that the structure can withstand powerful hurricanes.
Health Minister Emil Lee said the previous design for the hospital was intended for the structure to withstand hurricane winds of up to around 160 miles per hour.

“Hurricane Irma has redefined those criteria points,” Lee told reporters at the Council of Ministers press briefing on Wednesday. “Originally, I think it was going to be a wall panelling system and we are now looking at changing it to a concrete structure, which means that the construction time will be longer and the cost would be higher.”
The request for adjustment of the plans has already been forwarded to the Netherlands, with which Lee had been negotiating for some time already for financing for the medical institution.
Lee said the Netherlands had been presented with a number of different possible solutions. “Our request that I believe is the most reasonable is to continue with the request for the soft loan for the original US $75 million and ask them for a grant for the difference, which we anticipate is $25 million, to upgrade the structure to a category 5 plus structure,” he said.
“A hospital is one of the critical infrastructure buildings that you want to ensure will be around after a storm like this and obviously the stronger the storm, the more you will need the hospital. That’s the proposal that we’ve submitted to Holland and internally we are looking at how we can adjust the project in the event that Holland does not support it.”
One possibility being examined in the event of non-support from Holland, is adjusting the original rectangular structure. “Ultimately the structure will be L-shaped. What we are considering is whether it would be possible to eliminate the wing and take the savings from that and upgrade the structure. So, the hospital will be a little smaller, but upgraded it to Category 5 standards,” Lee said.
When asked, he said he was optimistic that the hospital will still be constructed in the current governing term.
“I’ve been working on the financing via the Netherlands for over a year already and the process was fairly far in terms of two parallel tracks: The local financing as well as via Netherlands and the initial feedback has been very positive recognising that as part of the recovery process and building back better.
“Obviously, a hospital built to category 5 standards is critical and, remember, the same hospital services Saba and Statia, so the Netherlands has a direct interest in seeing that a quality hospital is built. So, I am optimistic,” he said.
Lee said authorities are speaking to other financiers as well, with the possibility of splitting the proposed loan between Social Health Insurances SZV and General Pension Fund Administrator APS and bringing in a third party to reduce their exposure or their need for cash. SZV, he said, has been heavily affected by Hurricane Irma with the number of business closures.
“I am still optimistic. The project makes sense and there isn’t a person in the community who doesn’t recognize the need for a new hospital,” Lee said.