Home Local News Plasterk back on job, not aiming for next cabinet 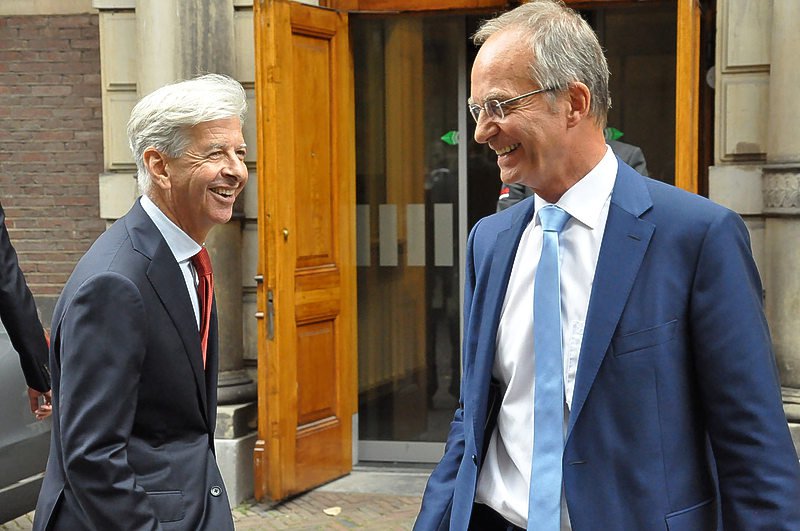 THE HAGUE–Dutch Minister of Home Affairs and Kingdom Relations Ronald Plasterk is not aiming for a return in a next cabinet. He is leaving the options open about what he wants to do after the end of this Government turn. Plasterk returned to work on Friday after a successful heart operation.

Plasterk told reporters about his ordeal in a candid, personal manner after the meeting of the Kingdom Council of Ministers and the Dutch Council of Ministers, his first meeting since he suddenly had to stop working at the end of June because one of his heart valves required an urgent operation.

“It was all very sudden and it took me by complete surprise,” he said, explaining that he had gone to his house doctor because he felt a bit short of breath. He also felt a pressure in his chest. He was referred to the cardiologist the same day who informed the Minister that one of his heart valves was not working.

“I needed an operation right away,” said the 59-year-old Plasterk, who was operated on in the Leiden University Medical Centre (LUmc), a hospital that is known for its top quality care in the area of heart surgery. An open heart surgery is not something to underestimate, he said. “But you have to give in, accept it and make the best of it.”

Luckily the bad valve could be repaired and there was no need to place an artificial valve. “Otherwise I would have had to take medication for the rest of my life.” He said the operation, the preparation thereof and the after-care made him realise that the Netherlands has a “fantastic” health care system.

“I feel fine now and I am happy to return to work,” said Plasterk. He expressed “immense” gratitude for Minister Stef Blok who replaced him for almost three months. Plasterk is assuming his task full-time. Working part-time to recuperate from the operation was not an option. “You cannot do only half of this job.”

Elections for a new Second Chamber of the Dutch Parliament are in March 2017. Plasterk already indicated last week that he would not run on the slate of his party, the Labour Party PvdA. Asked about whether he would be willing to return in a subsequent cabinet, he said that this was not really his aim. “It is not very likely. I find that becoming a Minister is not something you ask for or refuse.”

Plasterk said he didn’t know what his next job would be. Returning to his former job as a scientist working at a top level before he got active in politics was not an option. “You don’t leave for ten years and then just go back. Besides, the job of a Minister is so important that it doesn’t interrelate to pondering about what you will be doing next.”

The Minister participated in his first Kingdom Council of Ministers meeting on Friday. He said that during this meeting he complied with the request of the Second Chamber’s Permanent Committee for Kingdom Relations to request from the Dutch Caribbean countries whether they wanted independent supervision during the upcoming elections.

“I relayed that four elections were pending in the Kingdom and that it was important to take independent supervision into account,” he told The Daily Herald. The representatives of the Dutch Caribbean countries, the Ministers Plenipotentiary, said they would relay the information to their respective Governments.

Plasterk explained that the organising of independent supervision during the elections was not a task of the Kingdom Government, because this was a responsibility of the country itself. “I asked whether there was sufficient supervision. If not, there is always the possibility for the Kingdom to contribute, to assist each other. But the countries have to ask for that assistance themselves.”

As for the St. Maarten Integrity Chamber, Plasterk reiterated that he was not happy at all with the severe delay of establishing this independent entity. However, there is little that he could do at this moment. “The political situation is unsure at the moment and elections are around the corner.”

Plasterk said that he had been “unpleasantly surprised” when he was informed at the time that the law to establish the Integrity Chamber would go to the St. Maarten Constitutional Court for review, especially because the May 2015 agreement with the St. Maarten Government which he noted had been “signed per page.”

The consultations about the on-going execution of the other component of that agreement, the assistance from the Netherlands to strengthen St. Maarten’s Justice system, are taking place on a regular basis.

Plasterk said he didn’t anticipate a visit to the islands before the end of this year. “First there are elections, then the formation process. I don’t think the focus will be on the relations in the Kingdom at this time.”

Source: Daily Herald
Plasterk back on job, not aiming for next cabinet