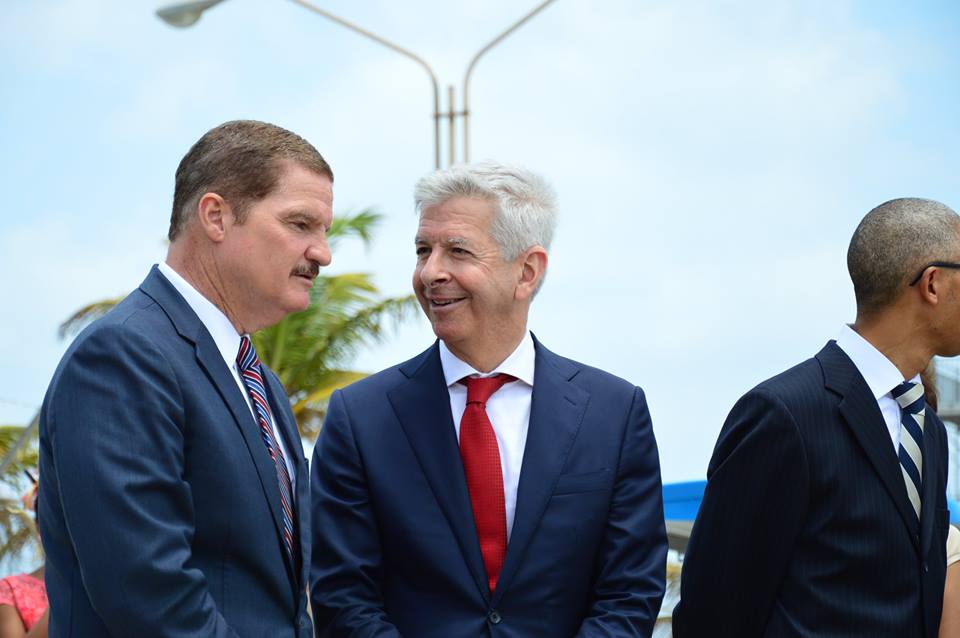 THE HAGUE–Aruba Prime Minister Mike Eman and Dutch Minister of Home Affairs and Kingdom Relations Ronald Plasterk will meet in The Hague today, Tuesday, to discuss the appointment of Alfonso Boekhoudt as the new Aruba Governor.

Plasterk confirmed his appointment with Eman in a very brief press release on Monday. “There is a procedure regarding the appointment of a Governor. That procedure has not been correctly applied in the opinion of the Aruba Government.”

As such, Minister Plasterk has agreed with Eman to have a meeting within the shortest possible term to discuss Aruba’s objections, it was stated in the short release. No other information was given on Monday. Eman boarded a plane to the Netherlands on Monday.

It is unsure what will happen next. The Royal Decree to appoint Boekhoudt for a six-year term starting on January 1, 2017 was signed by King Willem-Alexander, who would also perform the swearing in of the new Governor.

The Aruba Government fired Boekhoudt as Minister Plenipotentiary in The Hague on Friday following a meeting of the Council of Ministers during which the Ministers decided that Boekhoudt no longer enjoyed their trust. The decree to relieve Boekhoudt of his duties was signed by Eman and current Aruba Governor Fredis Refunjol that same day.

Eman wrote a letter to Dutch Prime Minister Mark Rutte last week Wednesday in which he accused the Kingdom Government of having acted against the rules by unilaterally appointing Boekhoudt as the next Governor without the consent of the Aruba Governor. Eman called on Rutte as Chairman of the Kingdom Council of Ministers to annul Boekhoudt’s appointment.

According to Eman, there is a procedure of the Kingdom Council of Ministers which states that only the Aruba Council of Ministers is authorised to select one or more candidates for the position of Governor and to send its recommendation to the Minister of Home Affairs and Kingdom Relations.

Eman contended that the Minister of Home Affairs and Kingdom Relations is bound to stick to Aruba’s recommendation. However, a spokesperson of Plasterk stated that that Boekhoudt’s appointment took place in accordance with the regulation in the Kingdom Charter.

Meanwhile, leader of Aruba’s main opposition party Evelyn Wever-Croes of the MEP has called on Eman to stop this “infantile fight” and to focus on governing the country. In her opinion, Eman called this problem on himself by delaying the submitting of candidates.

Wever-Croes said that Eman also didn’t sufficiently promote his main candidate for the function of Governor, current Finance Minister Angel Bermudez. Furthermore, she stated that everyone in Aruba knew that the Netherlands had proposed Boekhoudt as candidate. “You want to pretend that Mike Eman didn’t know?”