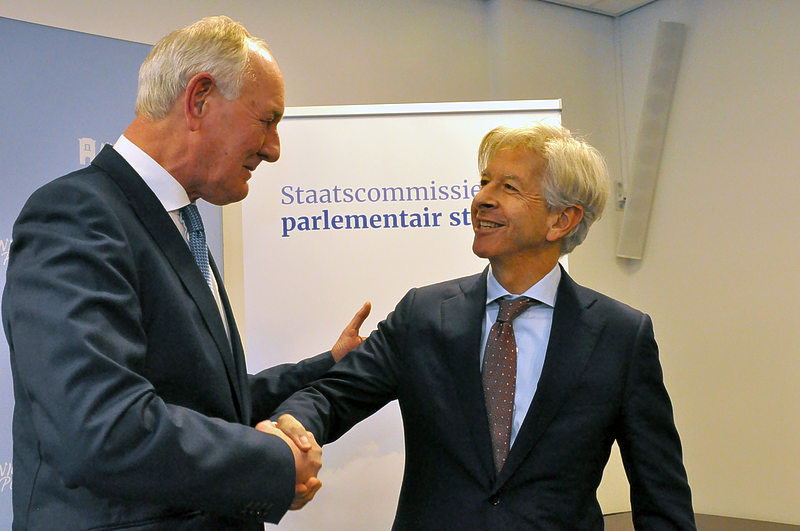 THE HAGUE–Dutch Minister of Home Affairs and Kingdom Relations Ronald Plasterk sees no other option than to ask the Kingdom Council of Ministers to issue an instruction if the St. Maarten Government keeps refusing to cooperate to set up the Integrity Chamber.

Plasterk repeated his earlier words in a short interview with The Daily Herald on Monday that he intended to keep St. Maarten to the law enforcement protocol that was signed by the Netherlands and St. Maarten in May 2015 of which the establishing of an Integrity Chamber was an integral part.

Plasterk said he wanted to await his talks with St. Maarten Prime Minister William Marlin in Aruba next week and opted not to specifically address the letter St. Maarten Justice Minister Raphael Boasman has sent to all local departments instructing civil servants not to speak with the newly appointed quartermaster of the Integrity Chamber Hans Leijtens. Leijtens, a former Commander of the Royal Dutch Marechaussees, arrived on the island on Sunday.

“I presume that St. Maarten will stick to our agreement. If a country is not good for its signature, than I am afraid that we will return to a situation that existed for a while, namely that an instruction will be given to ensure that good governance will be achieved,” said Plasterk.

He made clear that he expected the May 2015 agreement with then St. Maarten Prime Minister Marcel Gumbs and Justice Minister Dennis Richardson to stand. “If not, then we will move towards a different trajectory, with a specific instruction,” he told this newspaper.

The Kingdom Government has the authority to issue an instruction based on article 43 of the Charter which states that good governance is a responsibility of the Kingdom. The threat of an instruction has been hanging in the air for a while and if St. Maarten keeps obstructing the Integrity Chamber, Plasterk said he saw no other alternative than to continue this process.

The Integrity Chamber must become a reality, he reiterated. He said this was in the best interest of the island, its citizens, the private sector and the economic growth. “It seems of vital importance to me that the people know that their government is sound. By all means it is important to safeguard that,” he said.