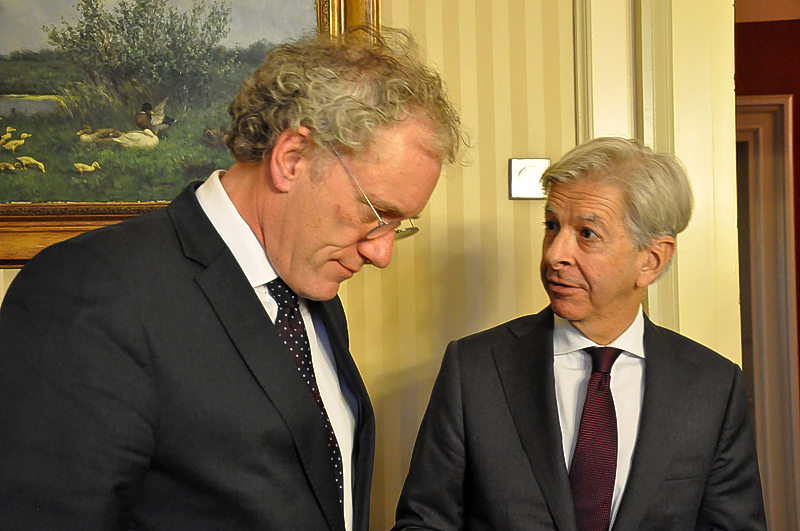 THE HAGUE–Dutch Minister of Home Affairs and Kingdom Relations Ronald Plasterk has not given the green light for the 2017 budget of the Public Entity St. Eustatius, because it doesn’t meet the legal requirements.

According to the Minister, the 2017 budget doesn’t meet the requirements of the Financial Law Public Entities BES because the calculations of the personnel budget is too limited in order to comply with a full staffing.

Also, the unforeseen expenditures were not taken into account in the 2017 budget, and the expenditures to execute the Plan of Approach to manage the administrative problems were insufficiently budgeted.

The Financial Law Public Entities BES prescribes the final go-ahead by the Minister of Home Affairs and Kingdom Relations of the budget once it has been approved by the Island Council.

It is now up to the Executive Council to present a new draft budget that does meet the requirements of the law. The Committee for Financial Supervision CFT will again give an advice on the budget. The advice of the CFT will have to be included in the new budget, which once more will be presented to the Island Council for approval.

All expenditures and obligations of the Public Entity per January 1, 2017, will have to be submitted to the Minister of Home Affairs and Kingdom Relations as long as no approval has been given to the 2017 budget.

The 2017 budget was balanced with a total of US $15.94 million in revenue and expenditures. The CFT had initially issued a cautious positive advice on the 2017 budget which was drafted with the assistance of the accountancy firm KPMG Curaçao.

In a November 9th letter to Acting Island Governor Julian Woodley in his capacity of Chairman of the Executive Council, CFT stated that the budget offered sufficient basis for 2017, but that the budget required further adaptations next year. “The budget is balanced, but at the same time, according to the local government, not a reliable reflection of the challenges facing the Public Entity.”