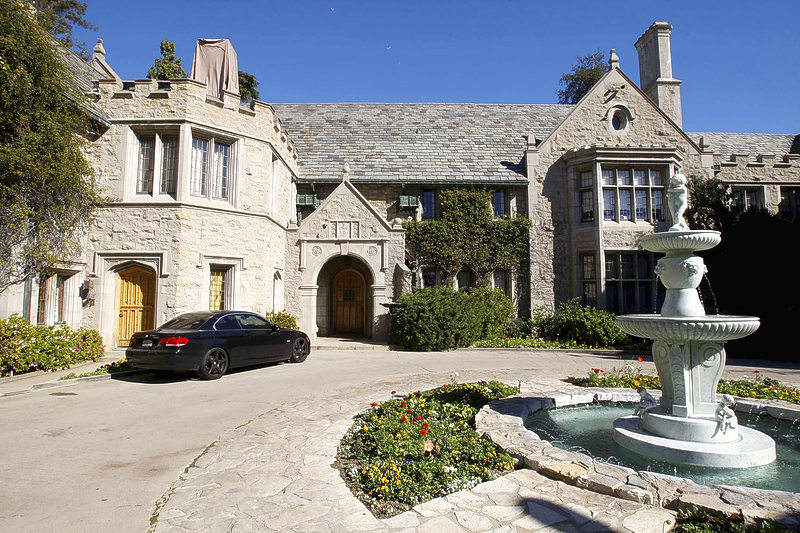 LOS ANGELES–The famed Los Angeles Playboy mansion belonging to Hugh Hefner, founder of the Playboy empire, has been sold for $100 million, and Hefner, 90, will live in the mansion for the rest of his life, a representative for the buyer said in a news release on Tuesday.

The property was bought by Daren Metropoulos, a principal at private equity firm Metropoulos & Co, for half of the $200 million it was initially listed for earlier this year. Metropoulos said Hefner’s 1927 Gothic Tudor-style mansion, which has an area of 20,000 square feet (1,858 square metres), had a “rich and storied legacy” and is a “masterpiece in design.”
Hefner and Playboy Enterprises did not comment on the sale.
The property, which was purchased by Playboy in 1971 for a reported $1.1 million, sits amid 5 acres (2 hectares) in Holmby Hills, west of Los Angeles, and includes 29 rooms, a tennis court and a free-form swimming pool – and has a zoo license. It is home to the famous Playboy grotto, which over the years served as the setting for some of Hefner’s most lavish, hedonistic parties.
The news release said that after Hefner’s tenancy concludes, Metropoulos plans to reconnect the Playboy Mansion property with a neighbouring estate that he purchased in 2009, combining the two for a 7.3 acre (3-hectare) compound as his own private residence.