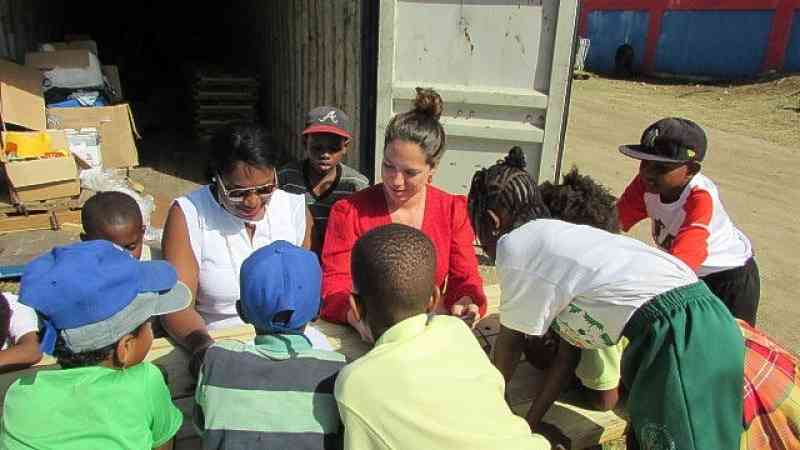 PHILIPSBURG–Late December 2017, Lexwell Attorneys at Law held its end-of-year party at its offices in Harbour View.

During the party, a charity roulette table was set up, courtesy of Maho Group, for guests to try their luck with the purpose of raising money for post-Irma relief.

All proceeds of the roulette – at which players could not win money, but a bottle of champagne donated by Lexwell – were donated. As the party had a big turnout, US $1,458 was raised. Lexwell vouched to match that amount, resulting in a total donation of $2,916 towards Player’s Development.

Children from the age of four years old and up are taught baseball and life skills. A heavy emphasis is put on education, as the children are required to finish assignments, – focusing on reading, writing, math, geology, science and even computer skills – before it is time to head to the field.

Player’s Development lost all their containers which housed the club house, classroom, gym, lab and library during Hurricane Irma.

“Coach Tom and the other volunteers have done a tremendous job to get the organization back on its feet, continuing to help the kids,” Lexwell said.

With one container back and another one on its way, Player’s Development is rebuilding their headquarters. Lexwell’s donation was used to purchase all material necessary to build the outside area around the containers, including roof materials and picnic tables.

Lexwell and Player’s Development thank all guests who donated generously to the project.