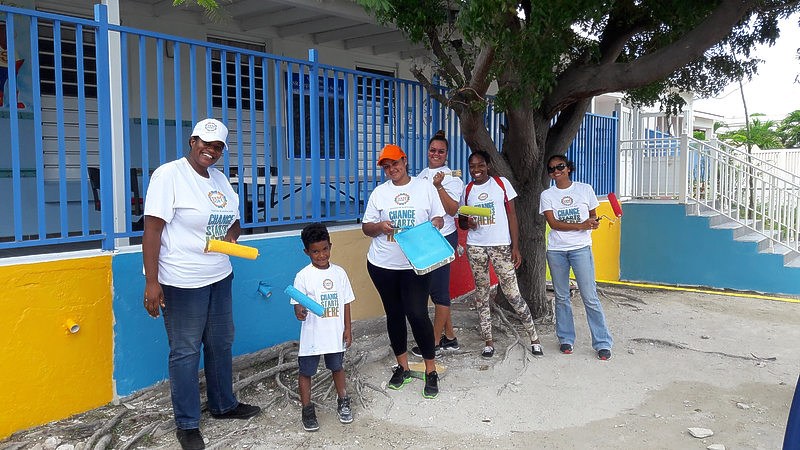 Some of the volunteers.

SIMPSON BAY–The playground adjoining the Sister Regina Primary School in Simpson Bay was one of the projects transformed last weekend when volunteers went out to help during the two-day SXM Doet event.

The project, a joint effort between the Simpson Bay Community Center and the Sister Regina Primary School, was to upgrade the small playground adjacent to the school, making it a safer and more inviting place.

The playground after the volunteer event.

Project coordinator Nicole Corvellec said the team of volunteers achieved a lot more than they had hoped for. “It was really due to the whole community joining forces from our SXM Doet project manager Gerard Lake, who went above and beyond to help out, to local companies such as Dijtham, SBS, Orange Grove Pharmacy, Antillean Liquors and Soggy Dollar, that donated materials and most of all the volunteers who came out to do the actual work. It really shows that if companies and volunteers team up together we can get so much more done. The reactions of the kids [on Monday – Ed.] morning at school when they saw the transformation was so rewarding. Now they can go out and enjoy the playground even more,” Corvellec said.