Home Local News Plea for father in farmhouse hostage case to be released pending his... 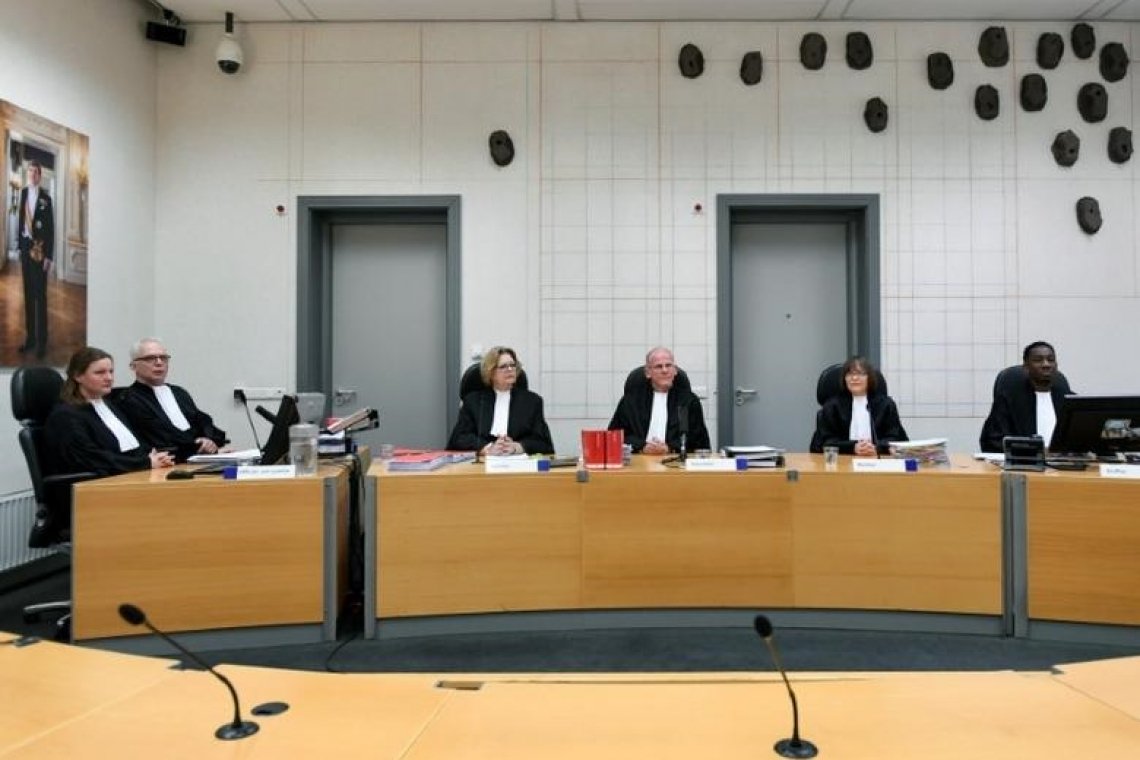 Judges sit in the courtroom before a first procedural hearing of Gerrit-Jan van D. accused of keeping his family in seclusion for nine years in an isolated farmhouse, at a court in Assen, the Netherlands January 21, 2020. (Reuters/Piroschka van de Wouw file photo)

ASSEN–Lawyers for a father accused of locking up and sexually abusing his own children on a remote farmhouse in the province of Drenthe, the Netherlands, are making a fresh bid to have him released from jail. Gerrit-Jan van D. (67) has been detained in the secure hospital in Scheveningen near The Hague since he was arrested in October 2019 in a house in Ruinerwold, Drenthe.

One of his sons raised the alarm by fleeing to a nearby café, where he told how he and his five siblings had been held captive by their father for nine years.

At a previous hearing in January, prosecutors said Van D. had run the household as a religious commune, punishing his children for “evil spirits” by refusing to feed them or putting them into solitary confinement. Sometimes they were hit with sticks, or were forced to sit in an ice-cold bath until they lost consciousness. Many of the details are contained in Van D,’s diaries, which were seized during the police investigation.

In total nine children lived with Van D. and his co-accused Josef B., a 59-year-old Austrian odd-job man who rented the house on behalf of the family. Three of the children had grown up and had left the farm by the time Van D. was arrested.

B. denied during the earlier hearing that his actions were criminal. “What is the crime in believing in God? My conscience is clear and I have not denied anyone their freedom,” he said.

The family previously lived in the eastern towns of Zwartsluis, Hasselt, Staphorst and Meppel. Van D. earned a living making wooden toys and furniture which he sold either in a local shop or via Facebook.

The second procedural hearing in Assen was conducted via a secure Skype link to comply with the coronavirus restrictions. Van D., who is unable to speak as a result of a stroke, is being assessed to investigate whether he is mentally and physically fit to be tried.

Lawyer Yehudi Moszkowicz told regional broadcaster RTV Oost that the defence team would be asking the court to release Van D. from custody while his case is being considered.

He added that witness statements from a 69-year-old Austrian man who lived with the family in Meppel painted a different picture of the household.

Diary entries described Van D. and Josef B. abusing the man, but he denied the claims when he and his son were interviewed by police in Austria, Moszkowicz said. “He denies that any of this happened. Their statements are very favourable to my client,” the lawyer said.

Van D. is also accused of money laundering after 97,000 euros in cash were found in the farmhouse, but Moszkowicz said the money had been earned legitimately from selling furniture in Austria. “Regular payments were made to a Dutch bank account and withdrawn here by my client,” he said.