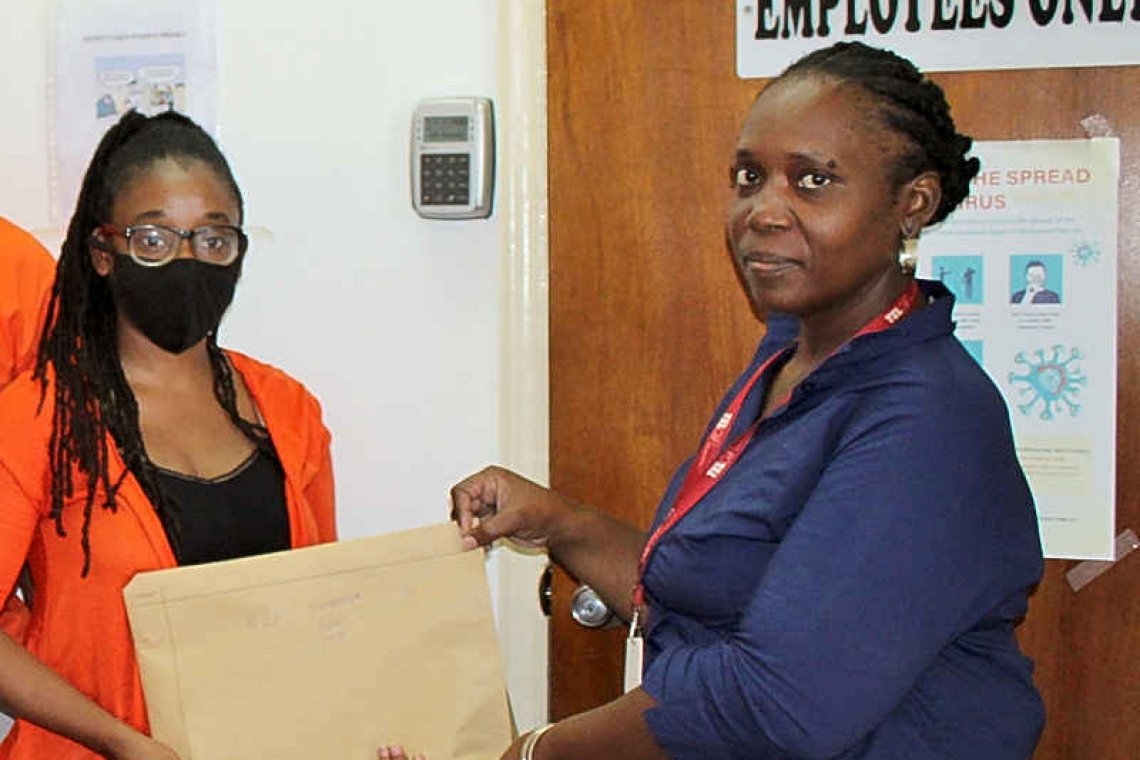 PLP leader Rechelline Leerdam (left) presenting her party’s list of candidates for the October 21 Island Council election to Nadine De Graf-Busby of the Statia Civil Registry.ST. EUSTATIUS–The Progressive Labour Party (PLP) submitted its list of candidates for the upcoming Island Council election in St. Eustatius at the Civil Registry (Census Office) on Monday, September 7. The election is scheduled to take place on October 21.

PLP leader Leerdam said her party’s list represents youth, experience and unity. “I know the people of Statia have been asking for this for a while, and I am proud to say that we have presented a list that I know the people will be proud of and they will stand behind, as well as look forward to the future development of Statia,” Leerdam said.

Many people are wondering why they should go out and vote knowing that the Island Council will not resume the responsibilities they are customed to. The same applies to the Executive Council, Leerdam added.

“I think this is the time for everyone to go out and vote, because right now we need to have a platform. Right now, we have no clue what is going on and even with an Island Council with limited powers maybe we would have a platform where we could see things happening as it happens and we can also inform the people of Statia, while also fighting and working towards making everyone work together with the Island Council to execute matters even though we do not have 100 per cent democracy,” Leerdam said.

She said it is very important that there is a platform, as things are taking place on the island and the people are only learning about it after the fact. “At least if we have that person with a foot inside of the door we can see the stuff and we can also be vocal about it before it happens,” Leerdam said.

This, she said, would help with the return of democracy, as well as make the wheels turn faster, at the same time providing the people with transparency, which has been lacking for the last two years.