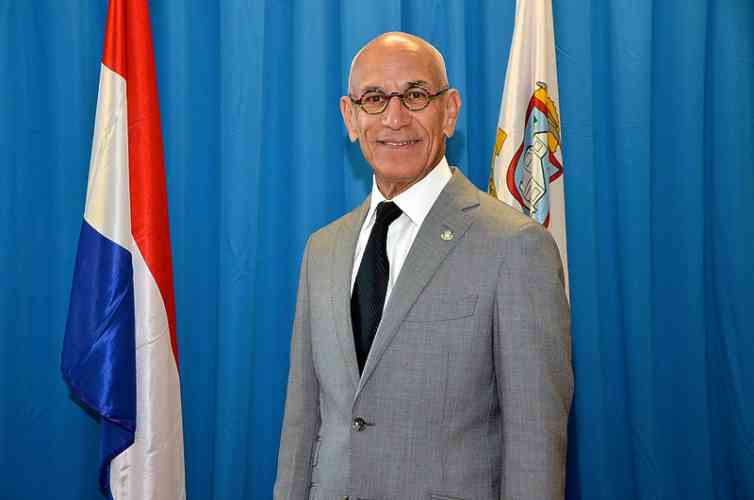 HARBOUR VIEW–Prime Minister Leona Romeo-Marlin and Finance Minister Michael “Mike” Ferrier are to head to Brussels soon to pursue European Union (EU) funding for a joint Dutch-side/French-side approach to solid waste management that will be a solution to the dump crisis.

The trip will follow on to The Hague where the two ministers will continue talks with Dutch State Secretary for Interior Affairs and Kingdom Relations Raymond Knops about liquidity support for government.

Knops said in a press conference Thursday, the recent dump fires and the effects on the population highlighted that something has to be done about this huge problem.
“For more than 30 years, politicians on St. Maarten are debating and talking how they can solve the problem,” Knops said. He has offered government to help find a solution to the dump crisis. Part of the solution is the trip to Brussels to rally funding.

Neither The Hague nor St. Maarten can tackle the solid waste crisis alone and for that reason Knops said he was happy with Romeo-Marlin’s commitment to bettering the relationship with the French side.

“We endorse that too. We think that is necessary when you look at the scale of the island. I hope that we will really make some steps forward in the coming weeks to make a concrete proposal … on how we can deal with this,” he said.

Thursday’s press conference was held in the offices of the Social Economic Council due to the continued smoke from the dump fires in the area of the Government Administration Building.