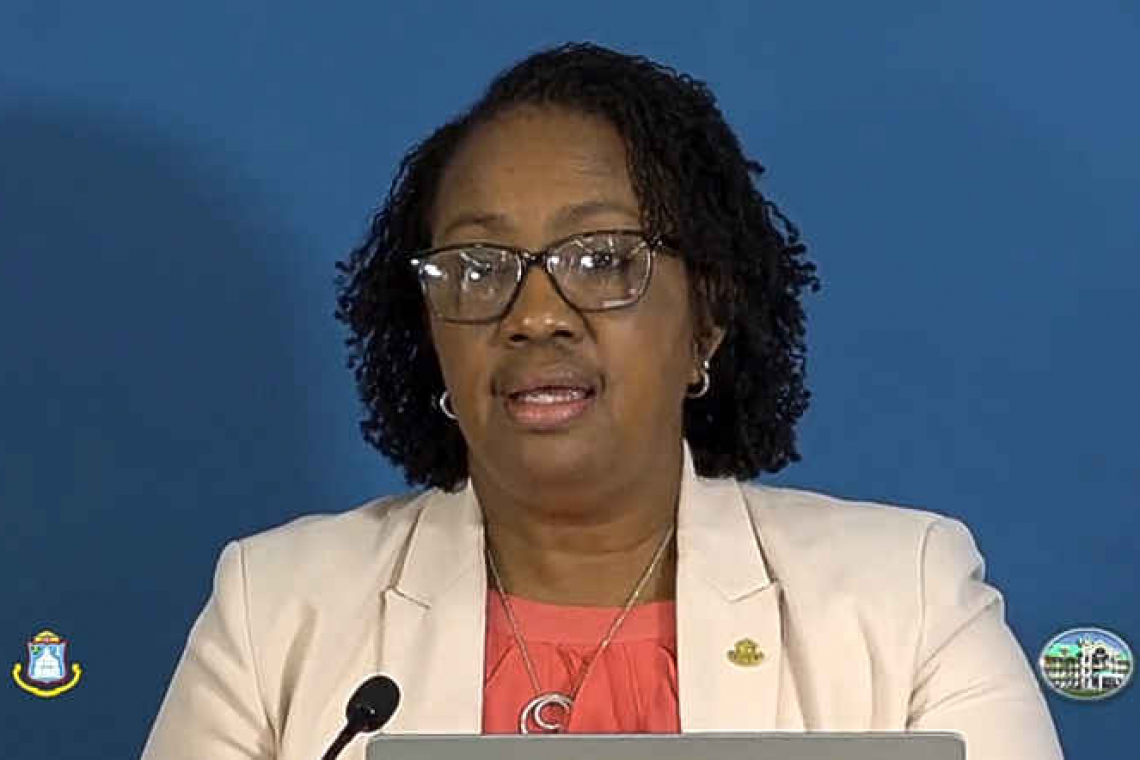 Jacobs said the new state secretary, amongst other things, had expressed concerns about the COVID-19 situation in the country and St. Maarten had stressed the importance of the country being granted permission to deviate from the balanced budget norm.

Van Huffelen “expressed … an excitement and a committed spirit to her new role and responsibilities for collaboration with the countries – Curacao, Aruba and St. Maarten. I must say that she also had such an … introductory call with my colleagues in Curaçao and Aruba as well,” Jacobs said in her introductory remarks during the live Council of Ministers press briefing on Wednesday.

“During our conversation we spoke about the rise in COVID cases. She expressed grave concern for that and opened up to any assistance that can be given, as well as on our country’s progress and the importance of the Kingdom Relations portfolio as well, as has been stipulated in their governing accord.”

Jacobs said she had reiterated the need for St. Maarten to have amicable and equitable discussions and the feedback from Van Huffelen had been “quite positive.”

“So, we do look forward to in-person meetings. She is planning to visit the Caribbean countries as soon as possible and before that we will individually have a virtual meeting to further discuss the way forward in terms of kingdom relations and, of course, that held-back point on the Kingdom Council of Ministers [meeting – Ed.] back in December,” Jacobs noted.

“That is still a priority for us as we move forward next week in handling our budget. For St. Maarten, it is quite important that we receive that deviation in order to enact the budget once the budget has been approved as prescribed by law by our Parliament. So, that has also been conveyed to Miss van Huffelen and I look forward to being able to have that meeting hopefully before the end of the week.”

In response to a question later in the press briefing, Jacobs stressed the importance of all three Caribbean countries sitting at the table and assessing the new State Secretary’s position.

“She has introduced herself as someone willing to work amicably with the islands, that she has the interest of the islands at heart and is willing to actually come within short to see the situation in each country. So, the main thing that all three countries are faced with … is the deviation from the budget norm to have a balanced budget.

“We present a budget by law to the Parliament for approval – all three countries. Curaçao already approved theirs, but they are awaiting the deviation from the budget norms to be able to enact the budget. The budget is also connected to some of the reforms that you have already agreed to, so withholding that legal right of being able to deviate from the budget actually goes against the rules.

“So, we, as three countries, would like to see that handled with haste and then we continue with any discussions related to the note of amendment to the COHO law.”

Jacobs looks forward to engaging in “very positive” discussions moving forward as the first discussion with the new State Secretary offered “a renewed sense of hope.”