Home Headlines & Top Stories PM on political situation: ‘We will wait until the governor is back’... 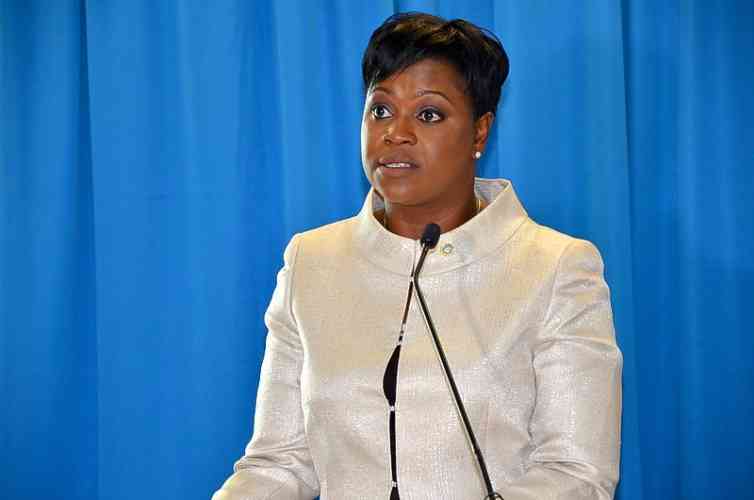 PHILIPSBURG–Prime Minister Leona Romeo-Marlin said on Wednesday that clarity on the political situation will be given after discussions with Governor Eugene Holiday, who she said is currently off-island.

“I know there has been a lot of talk considering statements that were made and positions placed in the media. All I can say right now, as chair of the Council of Ministers, is that we will wait until the Governor is back. The governor is off-island at this moment. I am very much in close contact with him,” Romeo-Marlin said in response to a question at the Council of Ministers press briefing on Wednesday.

“I am sure that clarity needs to be given and clarity will be made within [a short time – Ed.]. As soon as we get more information, we will ensure that that is also disseminated to the public.”

She said she knows that this is a “big hot topic,” but stressed that “at this current moment there are no decisions being taken as it relates to what is the stance of the Council of Ministers. We will wait for the discussions with the governor and the decisions of Parliament.”

Member of Parliament (MP) Franklin Meyers announced last week that he was pulling his support from the United Democrats/St. Maarten Christian Party (UD/SMCP) coalition and has since declared himself an Independent MP. Meyers’ move means that the UD/SMCP coalition has seven seats in the 15-seat parliament and the opposition National Alliance and United St. Maarten Party (US Party) have a combined total of seven seats.