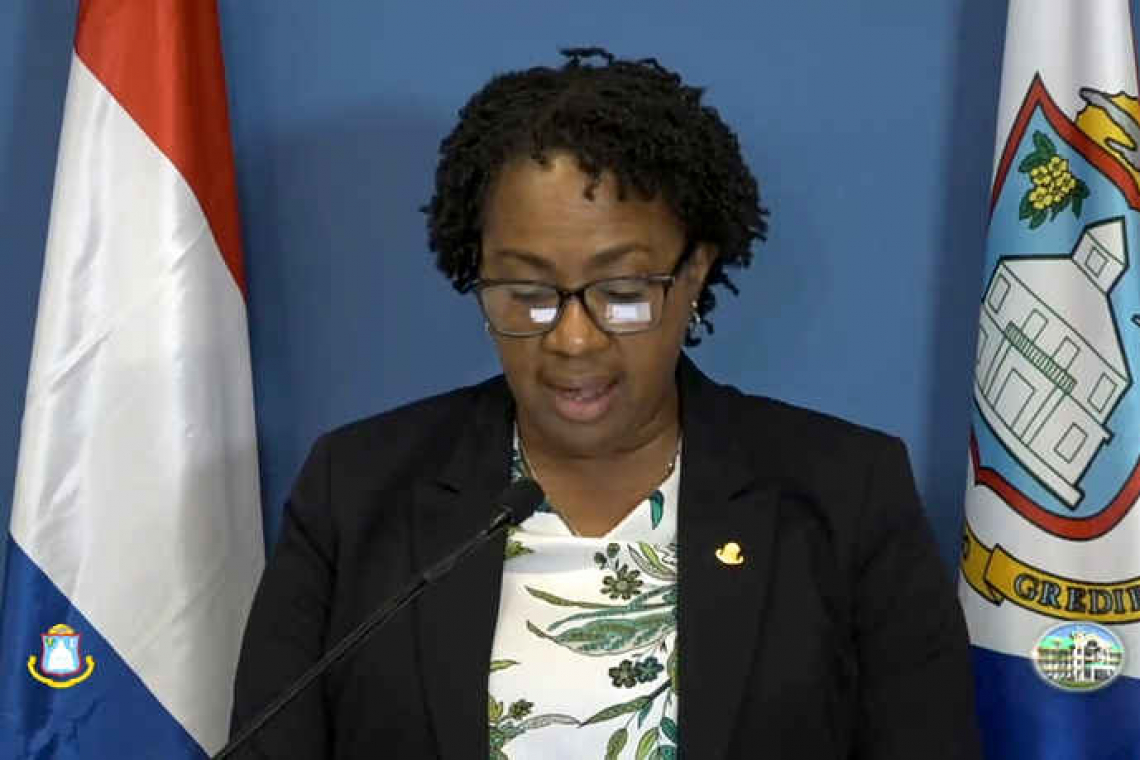 PHILIPSBURG–Prime Minister (PM) Silveria Jacobs said while she did not return from the Netherlands with a “bag of money,” she does not believe that her trip was “a waste of time.”

“We received great advice and we are working on ways to bring some mediation to this relationship, as we do feel that at many times the smaller islands, not just St. Maarten, do not have actually much recourse or redress when we feel that we are not being treated fairly,” Jacobs said during the live Council of Ministers press briefing on Wednesday.

“In advance of our trip [Jacobs and Finance Minister Ardwell Irion – Ed.], we did plan for several meetings with various stakeholders and as such I believe that despite the negative outcome of that Kingdom Council of Ministers meeting, the results of the other meetings were very, very fruitful – meetings such as those with the Royal Schiphol Group themselves, those with individual members of the Second Chamber [of the Dutch Parliament] as well as with the Kingdom Relations Committee of the Second Chamber and then also with the First Chamber and Kingdom Council of State.”

Jacobs said there were “many ways to Rome.” The meetings she held in the Netherlands were primarily geared towards ensuring that St. Maarten is heard and for the country to build bridges with stakeholders, particularly with those who hold the government of the Netherlands accountable: the Second and First Chambers.

“I believe many great bridges were built. … I must say our first meeting as prime ministers of the Netherlands and St. Maarten … is a good step in the right direction and the commitment for quarterly meetings with all prime ministers within the kingdom aimed at ensuring that the relationship is improved and that there is understanding on all sides for the reality that we are facing especially here in the smaller islands, [is also positive].

“We continue as government of St. Maarten to take the necessary steps as we have the responsibility to do regarding our government-owned companies and especially the airport. The Royal Schiphol Group has also informed that they are willing to get back to the table and have the discussions to move forward with the cooperation agreement.

“We have formed the structure for that to continue and we look forward to the airport continuing to be on track for reconstruction with the assistance of the Schiphol Group,” Jacobs said.