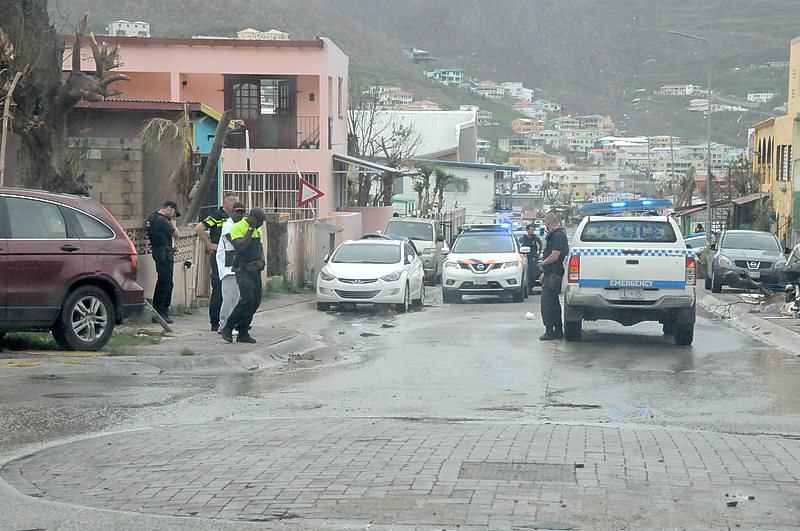 PHILIPSBURG–Even though a 24-hour curfew until further notice went into effect prior to the passing of hurricane Maria on Tuesday to safeguard the safety and security of the community, numerous persons did not respect this measure and ventured out on the public streets anyhow, according to police on Wednesday.

As a result, at approximately 9:45am eight persons were arrested on the A.J.C. Brouwers Road and on Bush Road for the violation of the curfew. One of these persons was also caught with a quantity of marijuana in his possession, ready for distribution. The marijuana was confiscated for further investigation.

One of the persons was not in possession of legal documents to reside on the island and was handed over to the Immigration Department.

All persons were taken to the Police headquarters in Philipsburg where they were seen by the Acting Prosecutor. The Police Department continues to warn the community of the consequences of violating the curfew.

“When arrested for violating a curfew you will be arrested, you will be taken to the police station and you will be led before an acting prosecutor who will decide how the case will be handled further. You can receive punishments such as a very hefty fine or many hours of community service without compensation among others. This whole process can take several hours and may cause unnecessary delays and inconvenience,” stated the police on Wednesday.