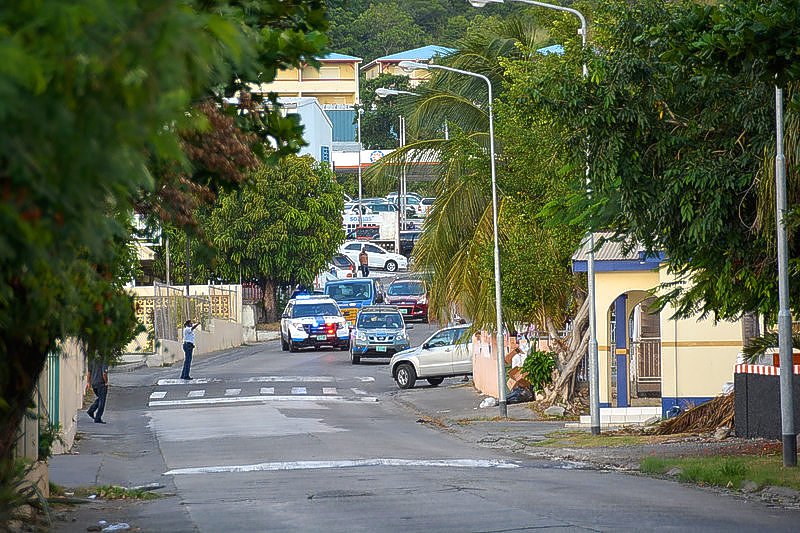 Police near Budget Marine on October 19.

PHILIPSBURG–Police have arrested a third person suspected of involvement in the robbery of Budget Marine in Cole Bay by three men who got away with an undisclosed amount of cash on October 19.

At the time of the robbery, police responded quickly and swarmed the area with several patrol vehicles. Officers managed to capture one of the three culprits during an extensive search of the area minutes after the robbery.

Detectives managed to get more leads while having one suspect in custody and arrested a second suspect late in October. The final suspect was arrested this week.